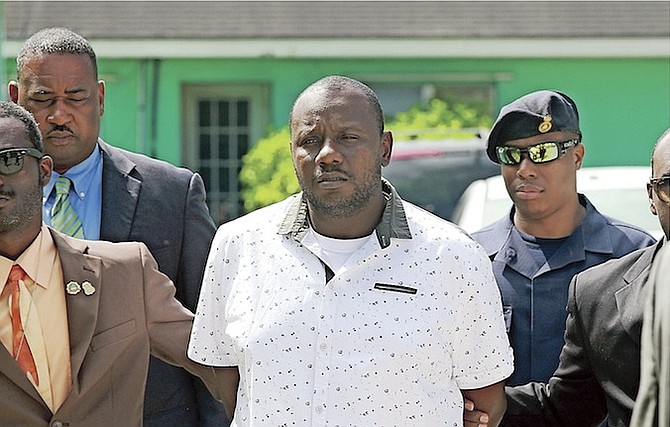 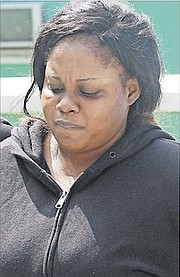 Jessie Roberts, who is also accused of one offence, arrives at court yesterday.

A MAN accused of being the mastermind behind a firearms trafficking ring pleaded not guilty to 30 firearm offences levied against him in Magistrate’s Court yesterday afternoon.

He also faced a count each of “conspiracy to introduce ammunition into the Bahamas,” possession of an unlicensed firearm and possession of unlicensed revolvers with intent to supply, which rounded out the 30 offences he is alleged to have committed on September 16.

Roberts denies conspiring with others to bring in, possess and distribute a Betonics .45 pistol, a Hi-Point .380 pistol, a Beretta 9mm pistol, a Makarov 9mm pistol, a Remington Inc .40 pistol, a Smith & Wesson .38 revolver, a Jiminez INC 9mm pistol and a 7.62 rifle.

He further denies conspiring with others to bring in, possess and distribute a combined 318 rounds of assorted ammunition for these weapons.

According to police reports, around 5pm on the day in question, police acted on a tip that led them to a business on Mount Royal Avenue.

A search of a man carrying boxes and the establishment itself allegedly uncovered the weapons and assorted ammunition.

Roberts and his wife, Jessie, were then charged with a single count of possession of ammunition, to which they both pleaded not guilty. The case was adjourned to September 22.

The case concerning the 30 firearm offences will be tried on November 21.

The two were remanded to the Department of Correctional Services, as the court could not consider bail on the charges they faced.

They were advised of their right to apply for a bond in the Supreme Court.

They have retained Wayne Munroe, QC, and Ryzsard Humes to represent them.