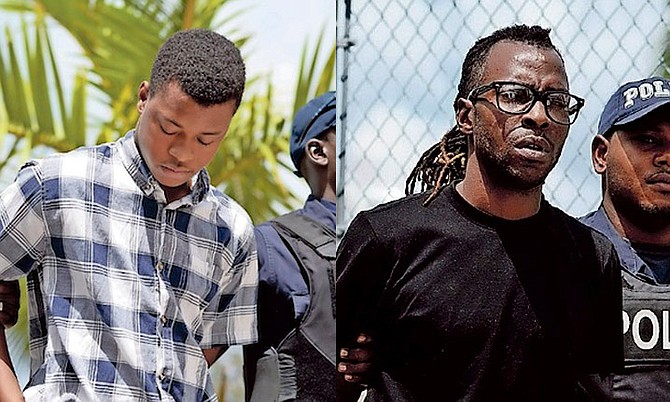 TWO men were remanded to prison yesterday after they were separately arraigned concerning sexual assault allegations.

Oswald Poitier III stood before Chief Magistrate Joyann Ferguson-Pratt facing a charge of rape, in which it is alleged that he, between March 27 and 28, had sexual intercourse with a 24-year-old woman against her will.

Due to the nature of the allegation, Poitier will not be allowed to enter a plea until his case is transferred to the Supreme Court through the presentation of a Voluntary Bill of Indictment scheduled for May 18.

He was remanded to the Department of Correctional Services to await trial. However, he can apply for bail in the higher court.

In the second arraignment, 31-year-old Kevin Antonio Flowers was also accused of rape.

He, too, is scheduled to have his case fast-tracked to the higher court on May 18 and was also remanded to prison in the interim.