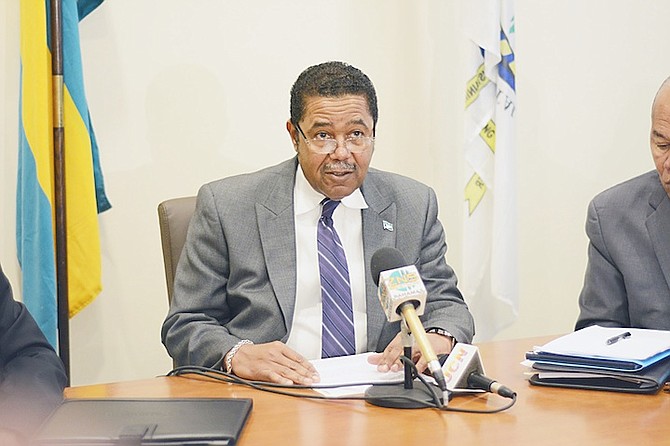 MORE than 60 doctors in the private sector have registered as a primary care provider in the government’s National Health Insurance (NHI) scheme, the NHI Secretariat said yesterday.

The identities of the doctors were not disclosed in the statement, but the Secretariat said their participation will be augmented by primary care providers in the public sector such as those who work under the Department of Public Health and the Public Hospitals Authority.

Provider registration will continue even though the first wave of registration ended on March 31, but the Secretariat is preparing to move into the next phase of its scheme, enrolment. The Tribune understands this phase will begin in the second half of this month. During that phase, Bahamians will be able to select their primary healthcare provider.

“We are pleased with the positive response from the provider community during the first round of primary care provider registration for NHI Bahamas and are looking forward to starting enrolment soon, so Bahamians can start selecting their preferred doctor,” said Peter Deveaux-Isaacs, permanent secretary of the NHI Secretariat.

In an interview with The Tribune on Tuesday, Health Minister Dr Perry Gomez admitted that portions of the government’s primary healthcare services will not be available by the end of this month.

Prime Minister Perry Christie had previously said the NHI services would be launched in the first week of April. The scheme was first set to be launched in April, 2016.

Communications between the government and doctors have generally improved since NHI discussions were first initiated, but some doctors continue to have concerns about the scheme.

Dr Locksley Munroe, the president of the Consultant Physician Staff Association, has told The Tribune that key details of the scheme relating to doctor compensation, for instance, have not been finalised, making it difficult to know what agreements have been reached between the NHI Secretariat and the doctors who have registered as providers.