Paris Open To Esports At 2024 Olympics 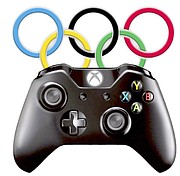 Video gamers could be competing for Olympic medals by 2024.

Tony Estanguet, co-president of the Paris Olympic bid committee, told The Associated Press that he will hold talks with esports representatives and the IOC about the possibility of gaming joining the 2024 programme.

The explosion in popularity of esports events, drawing large crowds of youngsters to arenas for tournaments, has already seen gaming embraced by the Asian Games. It will become a full sport by the 2022 edition, although details of which games will be contested are yet to be provided.

Paris will be confirmed as 2024 hosts at an International Olympic Committee gathering in Lima, Peru next month after its only competitor, Los Angeles, agreed to take the 2028 Games.

Estanguet believes that a contest of digital prowess should be considered a legitimate sport if the Olympics is to maintain its relevance for new generations of fans.

“It’s not about Olympics,’” Estanguet said in an interview with the AP in London.

“The youth, yes they are interested in esport and this kind of thing. Let’s look at it. Let’s meet them. Let’s try if we can find some bridges.

“I don’t want to say ‘no’ from the beginning. I think it’s interesting to interact with the IOC, with them, the esports family, to better understand what the process is and why it is such a success.”

The 2024 programme will start to be shaped in 2019 with a final decision on the addition of sports in Paris to be taken by the IOC after the 2020 Tokyo Olympics.

“There is some time to look at it, to interact, to engage,” Estanguet said.

“We will spend some time after (the IOC meeting in September) Lima to engage with new people and stakeholders. The IOC will have the last ... say, if they want esports on the programme. Let’s discuss among ourselves.”

Paris is gaining the 2024 hosting rights without the usual dramatic vote.

The IOC decided to award two Summer Games at the same time and LA later abandoned its bid for 2024 during negotiations with the IOC and Paris.

“We feel that we are the winner because we have what we wanted,” said Estanguet, a canoe slalom triple-Olympic champion.

The depleted field vying for the 2024 Olympics was the result of withdrawals by Budapest, Hamburg and Rome over a lack of local support, amid concerns about the escalating costs of hosting the sporting extravaganza.