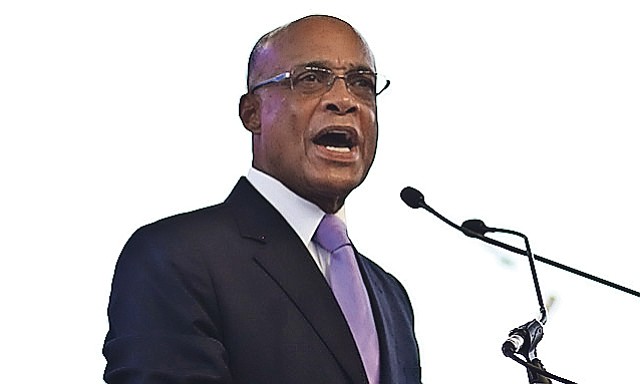 THE Minnis administration plans to build at least one new school in southwest New Providence this term, Education Minister Jeffrey Lloyd has revealed.

Presenting details of the government’s new public private partnership (PPP) education strategy, Mr Lloyd said plans are already in motion to build at least one “well-equipped and well-resourced” primary school, the first in what he hopes will become an extensive overhaul of infrastructure attached to the Ministry of Education.

“To keep it simple, the physical structures are old and require immediate upgrades to service the quality of education this administration aims to deliver to the country,” Mr Lloyd stated. “Being resourced challenged, we must look at options never considered, never explored.”

To that end, Mr Lloyd said the government has looked into several PPP strategies to plan and construct new schools, with a handful of them advancing to the concept stage of development.

Once finalised, the government will enter into “25-year, lease to own agreements” with private entities for several proprieties.

Of the arrangement, Mr Lloyd said the “trade off” of the government not holding ownership titles to these properties in the short-term is the concept of not having to directly keep up properties year to year. This offers the government a chance to “focus on education and leave the unsustainable repairs scheme to those solely focused on it.”

“We want to remove the annual anxiety of annual repairs, and the angst of day-to-day management,” the South Beach MP told The Tribune. “We want to focus on what goes on in the classroom, manage how our kids work day-to-day, this allows us that as our main focus.

“This will not only relieve the major issue of over-crowding at the primary and junior high levels, but ease us out of the legacy problems outdated buildings. Brand new schools are needed in Inagua, Exuma, and Grand Bahama; here in New Providence, you need to replace R M Bailey, C I Gibson and Government High.

“The financing has always been and continues to be the most impeding element, with the PPP strategy, I am of the belief that we have finally discovered a strategy that will yield the results we so desperately need,” Mr Lloyd said.

Last week, education officials announced that there will be a slight delay for students to start classes at Stephen Dillet Primary School by one week as officials await the arrival of new furniture and other equipment.

The government has undertaken an extensive $4m overhaul of the school, nearly half of the allocation for school repairs throughout the country this year.

When contacted for comment on the allocation made to the Ministry of Education, Deputy Prime Minister and Minister of Finance K Peter Turnquest said the government was in the process of “re-engineering” the processes and tendering of contracts to ensure procedures are in place that maximise value for dollars.

Mr Turnquest added: “We obviously recognise the limitations before us financially however education is one of those areas like health that you really can’t skimp on. So while we try our best to economise, we will have to find the means to fund the infrastructure, human capital and equipment needs of our educational professionals.”

He touted the PPP strategy as an opportunity to “delay immediate capital needs.”

Public schools are expected to resume for the 2017-2018 academic year on September 4.

Comrades! Another red shirts crown minister out their somewhere up in cloud nine making big promises so totally unrelated to the poor and the near poor peoples real needs , but they've delivered nothing on ground the people can see, feel or touch - much less eat that even comes close to improving their daily lives and meet their families financial responsibilities. They seem be well versed with locking up and Bank Lane parading a select few.

He lied when he made his vows as a Deacon, so telling lies comes really easy to the former Deacon just lie and lie some more it will do very well.

Given that there are outstanding payments to teachers, rightful thinking Bahamians raise the question: what is the source of financing?

By your party's own words: the treasury is broke.

Are you guys borrowing more to finance this initiative?

Privatise the inner city high schools and make them charter schools under a private Board (but with partial government funding) that is able to hire and fire its own staff and administrators and set their own curriculum .............. Then you will see how quickly they are turned around and become successful schools ...... Poor performing schools need to be given the three-strikes rule by the government

Minnis had better act soon to put Lloyd on the back-bench and appoint another Minister of Education. Lloyd just don't have what it takes to handle the many issues within the Ministry of Education. He is destined to become a lightning rod of great dissatisfaction for many FNM supporters who are already beginning to question Minnis's judgement on many fronts, in particular his failure to initiate a full repeal of the web shop legislation and establish a national lottery to help support the financial needs of the public education system.

FNM supporters already have a serious case of voter's remorse caused by Minnis's apparent willingness to adopt the same continuing failed bail-out plan that Christie created for Bank of The Bahamas involving Bahamas Resolve. Minnis and KP should have by now put both of these insolvent entities in liquidation in order to save the taxpayers the mega-millions of dollars that will be needed to subsidize their future operating losses. This one broken campaign promise alone has greatly enraged many FNM supporters.