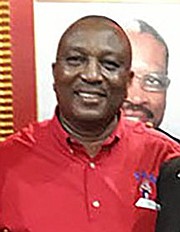 Responding to these remarks, Mr Culmer pinpointed credit rating downgrades under the Christie administration, adding during this time the former government painted a picture that everything was fine while the economy “spiralled into oblivion”.

“Here are the facts,” said Mr Culmer. “Under five years of disastrous PLP rule, we suffered a series of credit rating downgrades – year after year. Yet, during this time, the PLP’s official position was that everything was fine and no one should pay attention or worry about the repeated downgrades as our economy spiralled into oblivion.

“But now, after Prime Minister Minnis and the FNM has charted a new economic course and we are starting to see the very beginnings of those positive changes, the woeful PLP’s deputy leader is attempting to downplay the significance of S&P’s latest decision. The facts are that S&P recognised the FNM government’s early efforts and did not issue another downgrade, which sadly Bahamians were forced to become all too familiar with under the disastrous PLP regime.

“And as much as the PLP would deny it, it is also a fact that the S&P’s decision serves as a sign to investors that The Bahamas is on the rebound. The world watches what the large credit rating agencies say and this is a clear indication that change is coming to The Bahamas where we will work towards economic growth and stability and not participate in recklessness and stagnation that marked the previous five years.”

He said this decision affects more than The Bahamas’ image globally, but most importantly affects the lives of Bahamians.

Mr Culmer continued: “It means that we pay less interest when we must borrow money to fund government obligations. It means that investors are more likely to want to invest in our economy, which leads to higher wages and long term job security for Bahamians.

“It is said that the facts are a stubborn thing, but to the PLP, who have made a living out of lying to the Bahamian people, the facts are difficult things that cast a shadow on their disastrous and woeful leadership when they controlled the country. The fact is this new FNM government is delivering on its promises to take the hard steps to turn our country around and people everywhere are recognising that change is coming.”

In his statement issued last week, Mr Cooper, the Exuma and Ragged Island MP, simply acknowledged the viability of Baha Mar and its contribution to the economy, adding due to the openings of the Grand Hyatt and the SLS - and the Rosewood to come - analysts and investors are more optimistic on The Bahamas’ prospects.

Mr Cooper said: “Ensuring the success of this project is critical to the Bahamas and the government should keep a keen eye and a helpful hand waiting with regard to the continued health of Baha Mar.

“It is hoped that the government is receptive to S&P’s advice and analysis on the need to focus on economic growth.”

Mr Cooper said so far over the course of its term in office, the government has appointed a committee on the ease of doing business.

However, he said it remains critical for that committee’s approach to be a comprehensive one inclusive of small and medium-sized local businesses.

In an interview with Tribune Business recently, Finance Minister and Deputy Prime Minister K Peter Turnquest confirmed S&P’s decision was due in part to the agency’s desire to see the Minnis administration deliver on its economic revival and fiscal consolidation plans before returning The Bahamas’ creditworthiness to “investment grade”.

The agency also held the country’s “stable” long-term outlook due to the government’s “solid mandate to facilitate economic and debt stabilisation.”

S&P also warned it could further slash The Bahamas’ credit rating over “the next one to two years” if the government’s finances “do not improve as quickly as expected”.

Mr Culmer, respectfully, if anyone in the PLP has any idea how such financial mechanisms actually work, they should be considered treasonous monsters and be held criminally accountable for their theft and misuse of public funds. The alternative is to assume they are witless fools and therefor you should not expect anything intelligent or helpful to sprout from them

A microphone should not be allowed to sit in front of Carl Culmer's face anymore..