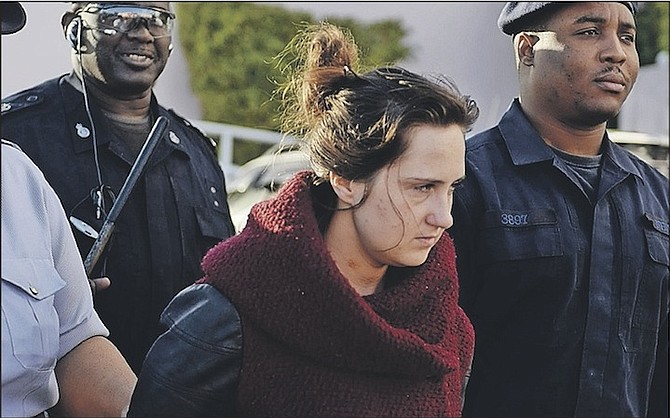 A FRENCH-Canadian woman will return to the Magistrate's Court next week for another status hearing concerning her trial in connection with the alleged sexual assault of a minor.

Karine Gagne, 23, of Quebec, Canada, initially appeared before Chief Magistrate Joyann Ferguson-Pratt facing a charge of unlawful sexual intercourse concerning an alleged incident on January 5 at Great Sturrup Cay with a 15-year-old boy, who cannot legally give consent to have sexual intercourse.

The matter was adjourned to Friday for a status hearing for the Canadian Consulate’s facilitation of her legal representation concerning the charge and for the accused to make contact with family.

However, when the matter was called before Magistrate Kara Turnquest-Deveaux, Gagne was told that another status hearing would be fixed for Monday.

No lawyer or family had appeared for the hearing and Chief Magistrate Ferguson-Pratt was in Freeport, Grand Bahama, for the second city's Opening of the Legal Year ceremony.

Gagne was further remanded to the Department of Correctional Services until her next Magistrate's Court appearance.

The accused was told that she would not be allowed to enter a plea until she is formally arraigned before a judge of the Supreme Court when the matter is forwarded to the higher court through the presentation of a Voluntary Bill of Indictment.