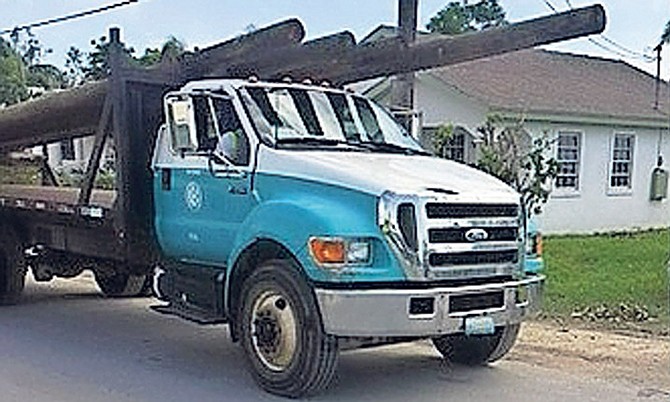 RESIDENTS in western New Providence have been without power for more than 12 hours on Tuesday as Bahamas Power and Light Company Ltd (BPL) battles a “substantial” problem at its Windsor Field substation.

The blackout started yesterday morning and lasted into the evening with some residents reporting that they were without power from as early as 7.30am.

According to BPL’s Corporate Communication’s Manager Arnette Ingraham, teams were troubleshooting all day, without success, to reconnect the entire portion of the island.

She said it was not known why the equipment failed, adding that this would be investigated later as priority was on reconnecting customers.

“It’s a substantial problem,” Mrs Ingraham told The Tribune on Tuesday night. “It’s almost like a computer board failed. They have been troubleshooting all day.

“We have tried to put many people on different circuits, but some residents, based on proximity to a substation, they are still without power and that is a substantial number of people. They are out there and doing a number of things to get the power on.

“However we can get power to people, that is the priority right now. Investigating why it failed, which we don’t know right now, will be done later.”

On its Facebook page early on Tuesday morning, BPL attributed the problem to a “cable fault”.

At around 2pm, the company said crews were on site at the Windsor substation and in the process of completing repairs. It said once this was done, customers who were without electricity would be restored. However the challenges continued throughout the evening and residents remained in darkness.

BPL like BEC and the political hacks that are responsible for you..."you're fired!"

Drain the swamp!!! Ya'll remember these outages when election time rolls around!

PLP smarter than that, and keep the nation dumb for a reason.

They brought in a management company specifically to ensure they had someone else to blame.

Come election time, they will be squarely blaming 'the foreigners' and riling up the ignorant masses again.

This despite the fact that all these problems are caused by 30 years of bad management, slack maintenance, all profits going out the back door and into pockets instead of being reinvested, etc.

Exactly what I would have said.

Harry, I agree the electrical problems on New Providence are intolerable and reflect poor planning on governments' behalf but lets not forget that 15 of those 30 years were under the FNM government who were just as bad at resolving our power issues, and were the ones responsible for purchasing the sub-standard generation equipment that is now in use.No government will correct this situation as long as there is money to be made by maintaining the status quo.

Poor generators..remember also those new planes we bought...what happen to those? hmmmm

The problem with the electricity yesterday is that Baha Mar turned their fooking power on yesterday and the whole system failed. The next time they turn it on we will again be in the dark.

BPL is a management company. the government still operates BEC which is responsible for energy production.

Also Bahamar is related... Remember when they asked to build their own power station... and got rejected more than once? What ever happened to continuing that investigation into the BEC bribe? Was it REALLY only Ramsey?

Blame your shit leaders for the 20 years.