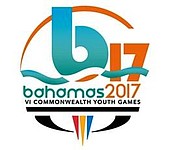 ON Tuesday, the Queen sent the Commonwealth Games baton on a 388-day journey around the globe.

Rich in its tradition, The Queen's Baton Relay has great significance to the Commonwealth Games as it symbolises the calling on the Commonwealth to come together in a friendly and peaceful competition for a festival of sport.

The baton contains a message from the Queen that will be read at the opening ceremonies of the Gold Coast Games that will emphasise the importance of the Commonwealth to the Queen.

Traversing the world for over 140,000 miles the baton will make history by travelling the longest course around the world to date. When the baton arrives in New Providence it would have been day 128 of the 388-day journey, travellling 230,000km across globe and having just completed Caribbean region before it arrives on the Gold Coast for the XXI Commonwealth Games on April 4, 2018. The baton will make landfall on the July 18, 2017 which would mark the beginning of its tour of the Americas region, Bahamas being stop 34 of 70 nations and territories.

All athletes are intended to participate in the movement of the baton and will have a chance to hold the baton at various events planned by the Organising Committee throughout the week of the Commonwealth Youth Games. The movement of the baton is also intended to make stops throughout the communities and significant landmarks in New Providence, at all times being accompanied by a Queen's Baton Relay personnel who will remain present around the baton at all times.

On the occasion of the sixth edition of Commonwealth Youth Games, the baton will make its appearance of the Opening Ceremony which begins at 7pm at the Thomas A Robinson National Stadium. This will provide the opportunity for thousands of people both young and old to witness the historic occasion of the Queen's Baton Relay's first introduction to The Commonwealth Youth Games programme.

· 13:30 - Press Conference at VIP Lounge at the International Airport

Interaction with athletes at the holding area waiting for athletes' parade.

4 x 100m Relay comprising of young athletes together with two children of the late Thomas A Robinson.

Story of the QBR video is played on the screen (3 minutes), with volume.

First runner enters the stadium with the baton at a slow jog and baton is passed around track like a normal relay whilst the video plays.

Final runner runs onto stage with the baton and places it in stand, then runners exit track.

When 3-minute video ends, allow to fade out for 10 seconds and start Africa recap (90 seconds)

At end of Africa recap, lights come up and Juman (speech written) is on stage with the baton.

o Interaction with the youth & staff

o Brief overview of the QBR

o Take QBR out on water on boat

· 12:30 - Visit to Historical Landmarks via horse and carriage

o NOTE: BRING 3-4 LOCAL ATHLETES TO TAKE PHOTOS WITH THE QBR AT THESE LOCATIONS

o Popular eatery attraction frequented by locals and tourists around the world.

o To be organised by The Ministry of Youth Sport and Culture. (Email sent to Darron Turnquest, Director of Youth)

o Experience the sounds of goat skin drums, whistles, cowbells and horns with spectators, athletes, visitors and revellers lining the streets and dancing to the sounds of Junkanoo.

o At the Queen's Elizabeth Center