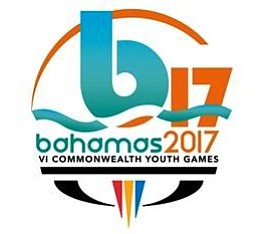 A RAINY afternoon made for difficult conditions for beach volleyball and another round of losses as the trio of teams were relegated to non-medal rounds.The girls’ team lost in the quarter-finals, but one of the two Bahamian teams in the boys’ draw w

CONSIDER day one a learning experience for Team Bahamas as beach volleyball play began yesterday on the opening day of the VI Commonwealth Youth Games.Both the girls’ and boys’ teams suffered lopsided defeats at the National Beach Soccer Stadium in t

TEAM Bahamas is eager to get the competition started when the Commonwealth Youth Games get underway next week in the capital.On Wednesday, the team was officially named by chef de mission Derron Donaldson and his assistant Emily Lowe during a press c

WITH the Bahamas getting ready to host the biggest sporting event ever in just one week, Rommel Knowles, managing director of the CYG Association, said they are busy putting on the final touches for their guests.

As the country prepares to host the 2017 Commonwealth Youth Games, expect Team Bahamas to continue to roll out its rosters for the respective disciplines.