Helping Entrepreneurs To Find Their Own Way 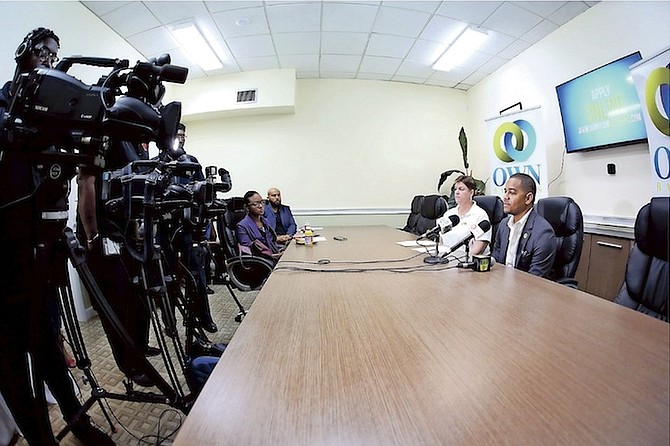 THE Island Luck Cares Foundation yesterday announced its third OWN Bahamas entrepreneurship programme, an initiative that provides funding and other development opportunities to budding entrepreneurs.

Island Luck CEO Sebas Bastian boasted about the holistic benefits of the programme during a press conference, explaining that in addition to receiving between $5,000 to $25,000, lucky applicants will receive three years worth of free cable and internet services for their businesses from BTC, a free quarter-page advertisement spot in The Tribune, and a six week business course at the University of The Bahamas.

The competition for the prizes is expected to be competitive, with at least 2,500 applications expected. In previous years, about 2,000 people applied.

A committee of six will whittle down the applications to a select few, and then Mr Bastian will play a role in selecting the winners.

So far, 25 people have been awarded through the programme since its establishment in 2015, and Mr Bastian said their businesses have a success rate of about 90 per cent.

“OWN Bahamas wants to bridge the gap between what one wants to do and is capable of doing by helping people accomplish there dream,” he said.

“We feel some of the root of issues (facing the country) stem from a lack of opportunities.”

Mr Bastian said the IL Cares Foundation hopes to increase the number of people the entrepreneurship programme gives money to by five per year.

Dr Selima Hauber, owner of Field to Fork Community Farm, was a previous awardee through the programme, receiving $10,000.

Her small, mixed vegetable organic farm in western Nassau benefited from a walk behind tractor it purchased with the money.

“That enabled us to increase our efficiency and our production by 40 per cent,” she said. “It is an amazing piece of equipment and I’m very grateful.”

The farm’s sales to restaurants have increased 300 per cent since it purchased the equipment, she said.

The programme’s application is available at www.ownyourbahamas.com from March 9-30.

Applicants must provide a brief biography, an outline of their goals and aspirations, a copy of their passport and NIB card, a valid police report, two passport photos and three character references.