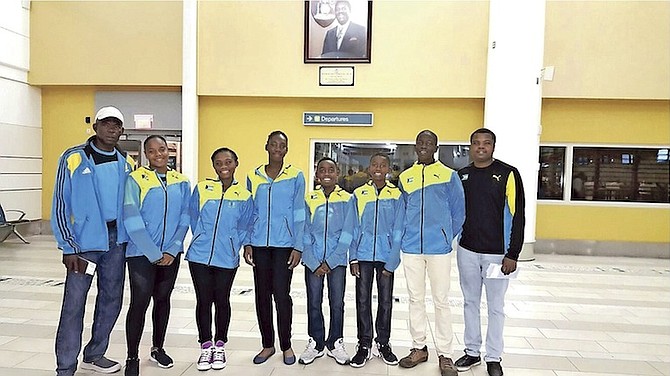 The performances came after the Bahamas fell 3-0 to El Salvador in their opening match on Monday.

The girls’ team, coached by Bradley Bain, is now 3-3 in Group C that features Aruba, El Salvador and the US Virgin Islands.

“The team looks good. Unfortunately we lost to El Salvador on the first day. They always play us tough,” Bain said.

“Normally our girls don’t have any matches under their belt, so to come here and play a top seeded team like El Salvador was tough, but we had our chances.

“We have to play Aruba today and so we have to win that match to get into the main draw. But I think the team is coming around after getting the win over the US Virgin Islands. I think we’re playing the way we are capable of playing right now.”

Fellow Grand Bahamians Bowe and Nottage, 13, also teamed up to win the doubles 6-3, 6-2 over Hernandez and Donaldo Guerrero.

The boys’ team, coached by Ricardo Demeritte, had a rest yesterday but will be back on the court today when they take on Barbados to secure their spot in the main draw.

“Everybody is in high spirits. The team looks good and they are giving themselves the best chance to compete,” Bain said. “The whole idea is to get to the main draw and that is what the teams are working on.”

The tournament will wrap up on Saturday.