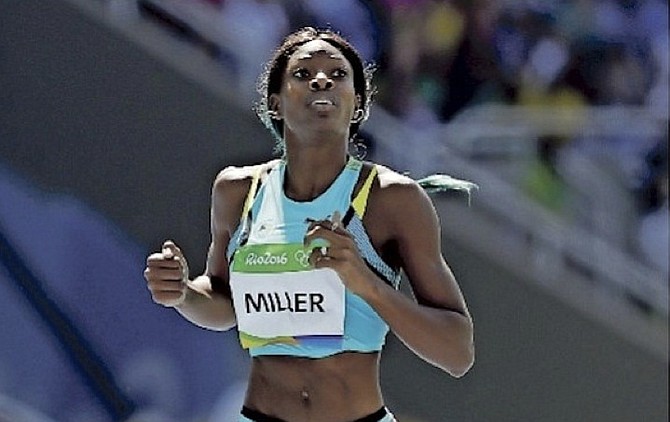 OLYMPIC 400 metre gold medalist Shaunae Miller-Uibo, who plans to attempt the 200/400 double at the IAAF World Championships in London in August, got a sense of where she stands in the half-lap race on Saturday.

Competing in a star-studded 200m field on the third spot of the IAAF Diamond League at the Prefontaine Classic in Eugene, Oregon, Miller-Uibo ran a national record of 21.91 seconds to as she trailed American Tori Bowie through the finish line.

Running out of lane eight, Miller-Uibo was caught by Bowie in seven on the curve. By the time they got onto the straight, Bowie had already surged to a comfortable lead.

In holding onto her position, Miller-Uibo improved on her previous national record of 22.05 that she ran on June 11, 2016 at the Jamaica’s National Racer’s Grand Prix in Kingston, Jamaica. It also puts her legally on the world chart after she posted a wind-aided 21.90 in Clemont, Florida last month.

In taking the top two spots, Bowie and Miller-Uibo held off Rio Olympic 100/200m champion Elaine Thompson from Jamaica, who finished third in 21.98.

The Netherlands’ Dafne Schippers, the reigning world champion and Olympic silver medalist, was fourth in 22.30, while Felix, the runner-up to Miller-Uibo in Rio last year on a dive at the line, had to settle for fifth place in 22.33.

Miller-Uibo, 23, still holds the world leading time of 49.77 after winning the second IAAF Diamond League meet in Shanghai, China on May 13. She’s expected to run in that event on the next Grand Prix stop in Rome, Italy on Thursday, June 8.