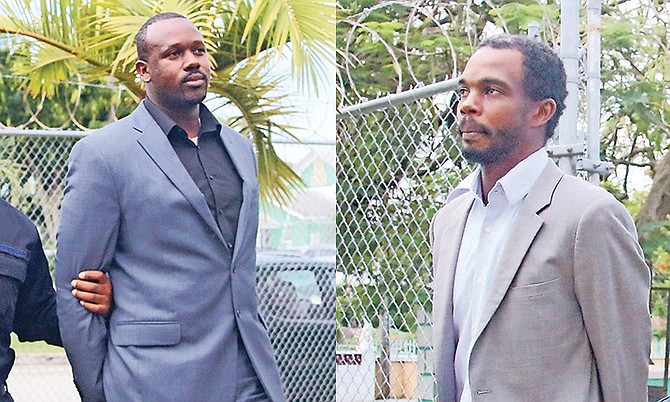 A FORMER Bahamas Power & Light (BPL) employee and an attorney were arraigned in Magistrates Court yesterday over allegations they collectively defrauded the electricity provider of close to $2m over a four-month span.

It is alleged that between February 8 and May 11 of this year, both Dean and Chase collectively obtained $1,966,163.85 from BPL’s Scotiabank account while at either CIBC FirstCaribbean (FCIB) or Royal Bank of Canada (RBC) on John F Kennedy Drive.

It is further alleged between January 27 and May 15, Dean, while a BPL employee, falsified numerous work order codes on various payment certificates made out to numerous companies totaling $670,056.19, which he was required to review and correct to show that the worker order number affixed was correct.

Both Dean and Chase pleaded not guilty to all of the charges.

The matter was adjourned to March for trial along with co-accused in the matter Reno Bethel, who has been arraigned on a total of 140 fraud related charges on two separate occasions in connection with the alleged theft scheme.

On Monday, Bethel, a former employee of FCIB, was arraigned over nearly 100 additional fraud related charges.

Bethel, Dean and Chase were all wanted by police on the weekend for questioning in connection with the fraud investigations. The RBPF circulated a notice on November 10 requesting the public’s help in locating the three men.

Police later reported that Bethel turned himself into the Central Detective Unit (CDU) shortly before 1pm on Monday, accompanied by his attorney. Dean and Chase surrendered themselves to CDU on Wednesday morning.