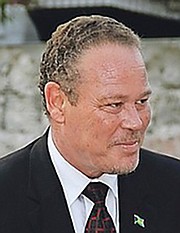 Are you in favour of the government's Commercial Enterprises Bill?

ATTORNEY General Carl Bethel yesterday criticised Official Opposition Leader Philip Davis as an anti-investment “scaremonger”, accusing him of pandering to irrational fears in his recent pledge to repeal the Commercial Enterprises Bill if the Progressive Liberal Party returns to office.

He predicted the PLP, and a Davis-led administration, would embrace the bill and its investors if they ever regain the trust of the electorate, noting the party’s historic opposition and later support of landmark FNM initiatives.

“In his [Mr Davis] latest statement,” Mr Bethel said, “[he] is seeking to play to irrational fears and to create an anti-investment attitude to destabilise the potential of this government to grow the sector after the entire economy was stagnated in every last one of the five years of their administration. Unemployment is through the roof, youth unemployment is even higher, people are suffering.

“But in this matter, he is no better than his political predecessor, who similarly sought to stagnate progress. He’s just as much a sheep in wolf’s clothing as they are.”

Now before the Senate, the Commercial Enterprises Bill would liberalise the granting of work permits to enterprises that wish to establish themselves in The Bahamas in niche sectors and require work permits for management and key personnel. The government has said the legislation will attract new industries and create jobs and training opportunities for Bahamians; however, critics claim Bahamians will be disadvantaged by preferential treatment of foreign investors.

In a statement released Sunday, Mr Davis pledged the PLP would repeal the Commercial Enterprises Bill when the party returns to power.

In an interview with The Tribune yesterday, Mr Bethel dismissed the threat, highlighting the PLP’s early opposition to Sol Kerzner and the Atlantis project; the advent of Sunday shopping; and the International Persons Holding Act.

“When we brought Sol Kerzner, (former PLP Attorney General) Paul Adderley wrote threatening him that when they came in they would revoke all of his permits and approvals,” Mr Bethel said.

“For the FNM’s International Persons Land Holding Act, they promised they would repeal it and when they came in they embraced it. The financial sector reforms, they made no change,” he said.

While the PLP has levelled the strongest opposition to the bill, other nonpartisan groups have expressed some concerns over the controversial legislation.

The Bahamas Chamber of Commerce and Employers Confederation (BCCEC) announced support for some provisions but listed concerns and suggested some components of the bill are unclear or contradictory. Gowon Bowe, president of the Bahamas Institute of Chartered Accountants, has also called for wider consultation.

However, Mr Bowe also warned against xenophobia in response to the bill, saying the country needs economic activity and investment.

Yesterday, Mr Bethel said: “I would just advise potential investors both Bahamian and foreign, because this bill is for both, the idea is the business will attract foreign investment but Bahamians can do it just as much, they don’t have to spend the $250,000 capital to get permission to do it.

“I would advise them they don’t need to pay any attention to Mr Davis and his scaremongering. If he should be so trusted with the reins of government in the future, he will warmly embrace the Commercial Enterprise Bill and every investor that is in The Bahamas because of its provisions.”

Comrade 'AG' Carl Wilshire, come say hello the second your government does establish a special legal zone for Expat lawyers with $250,000 to be allowed come to the Bahamaland to hang out their 'Open for Representing Clients Law Offices Shingles.'

Interesting coming from an administration who when in opposition constantly proclaimed they would sell a product of direct FDI (bahamar).

Was that not scaremongering then ? Just curious ?