Doctors Call A Halt And Do Deal 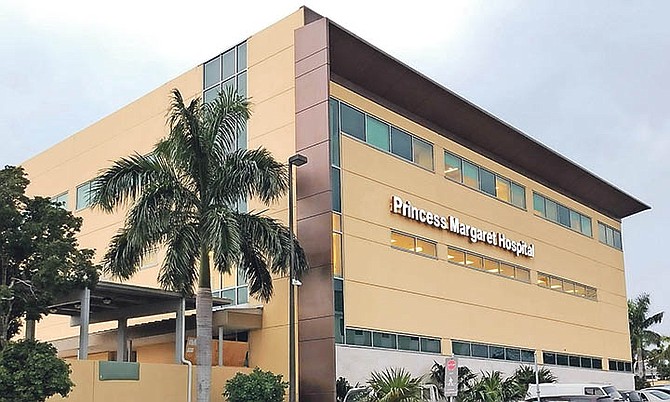 SENIOR public doctors ended their industrial action yesterday after signing an agreement-in-principle that boosts their terms of employment.

However, the CPSA declined to give details about the agreement, saying some minor matters must be resolved before a formal signing is reached.

In the past year, the doctors have fought for an increase to their base salary, health insurance benefits and a pension plan. Emergency operations protocol was in effect at Public Hospitals Authority facilities for more than a week while senior doctors took industrial action, causing residents seeking elective procedures to be turned away.

Financial Secretary Marlon Johnson told The Tribune after the doctors’ press conference that the agreement satisfies the key concern of the healthcare professionals, which is the “lack of progression from their last salary increase to now.”

When he met CPSA representatives on Monday, Dr Minnis pledged to increase their base salary from $48,000 to $60,000 and to provide them with health insurance benefits. Asked yesterday about their desired pension plan, Dr Dillett said: “Until such time that all items have been agreed to, I don’t wish to make comments on individual things.”

He did speak of an “improved offer,” saying the “government has increased their offer on a number of points,” but he did not provide a reference point for this, so it is not clear if Monday’s offer is reflected in the agreement or if doctors secured further remuneration.

The doctors initially sought a base salary increase to $75,000, rejecting PHA’s previous offer of about $60,000. However, they relented last week, citing the fiscal state of the country.

“He brought a calm and collected mindset to the negotiations,” he said. “He saw us as partners in healthcare and he used his influence to bring the parties to the table and I believe that allowed us to move negotiations along in a fruitful way.”

In an interview earlier this week, Health Minister Dr Duane Sands said some consultants were fulfilling their duties despite the general withdrawal of consultant services. Dr Dillet did not address this directly yesterday. But when asked, he said: “...What we know is this group has sacrificed greatly. Their desire is to help people, to heal, to cure, to give life to those who may lose it and die. We will ensure we do whatever we can to improve healthcare in this country...This group is united. Paediatricians, family medicine specialists, general surgeons, emergency room consultants, we are all united.”

In a statement released yesterday, PHA said it was pleased the doctors’ industrial action had come to an end and members of CPSA had resumed full duties.

“On Wednesday, the PHA and CPSA reached an agreement in principle regarding the financial clauses in the proposed industrial agreement,” PHA’s statement noted. “The CPSA agreed to the financial terms and considerations raised in yesterday’s (Wednesday’s) meeting, and settled to discuss remaining minor matters in future meetings.

“The PHA anticipates that negotiations will further advance in good faith as both sides seek to fulfil our mandate of delivering quality healthcare to the Bahamian people. Management wishes to thank the executive committees, administrative officers, managers, supervisors and staff at our institutions who worked diligently to minimise the impact of the industrial action on patient care. The PHA also wishes to thank the public for its patience during the past industrial action, and apologises for any inconvenience caused.

“Members of the public are advised to pay attention to forthcoming community announcements from public hospital institutions with respect to the resumption of normal clinics and outpatient services.”

paltry salaries for folks with years of specialized training ... what do you pay your MPs for sitting and scheming