Insight: The Little Things All Added Together Which Could Mean So Much 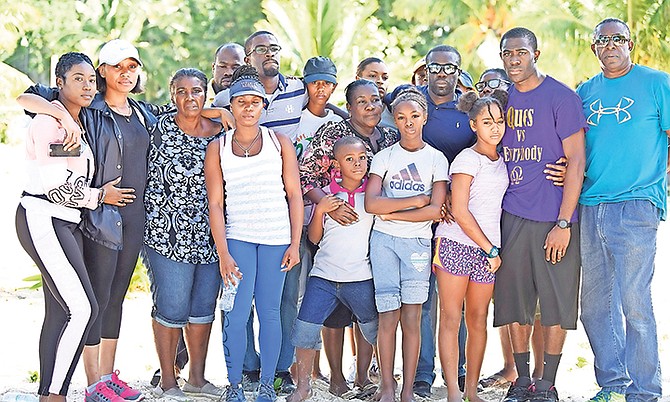 Among the many poignant testimonials following the loss of well-known pilot Byron Ferguson in a plane crash last month, one touched a particularly important nerve.

Lamenting the fate of his colleague – and especially the fact that Byron seemed to have been abandoned by the powers-that-be – Captain Philip Armbrister told of the earlier struggles he, Ferguson and others had to secure commonsense industry reforms like proper radar systems, night lights on Family Island runways and a comprehensive emergency response plan. Little things really in the grand scheme, but together they could have saved Ferguson’s life and the lives of many other pilots and passengers over the years. Even at Freeport International airport there is still no radar! It still operates on a flow control reporting system.

What Captain Armbrister pinpointed is more than just a problem with aviation. In fact, it is a key deficiency in our approach to national development on the whole, a glaring oversight that has tainted our efforts towards progress as a society for a very long time, at least since independence.

Over the past five decades, politicians have overwhelmingly focused on the big ticket items: large-scale foreign direct investment, sweeping legislative reforms, wholesale overhauls of the revenue collection system and the creation of mammoth institutions like National Health Insurance. While hugely significant in theory - especially when announced in grand dramatic style and to the resounding applause of partisan fanfare - the truth is in practice these sweeping initiatives end up having very little immediate impact on the everyday lives of Bahamians; especially when the public service, charged with putting into effect what is often very good legislation, are starved of funding, human resources or technical skills or worse still, neutered by ministerial political interference at every level, corrupt or not!

Concern for the big picture is of course necessary. But it should always be tempered by a regard for the little things – the countless mundane details that, in the final analysis, make all the difference in the day-to-day life of the average civilian. Small, everyday considerations that, when taken together, amount to the all-important question of a society’s quality of life. Wouldn’t it be grand, if The Bahamas ranked as one of the ten most desirable places to live in the world because of the quality of life here?

The temptation to focus on grandiose symbols of success is understandable. Politicians are in the popularity business and don’t often see the value of spending time and energy on initiatives too modest to generate headlines. And a big hotel or industrial project is seen as just the thing to define a term in office or distract the public from a high profile failure.

But the politicians are fooling themselves. Ultimately, every administration lives and dies not upon its record of big announcements, but rather according to people’s experience of everyday life on its watch. Was it easier or harder to get a job or start a business? Do I feel my children’s education is up to par? Do I feel safe in my own neighbourhood? Do I feel the public sector is professional and efficient? Are the businesses and services I interact with well regulated? How bad is the traffic on my way home from work? It is these sorts of questions that determine people’s perception of their own level of happiness and it is this which in turn guides their hand at the polls.

A general sense of opportunity, satisfaction and safety is far more likely to lead to votes for an incumbent party than any announcement of a new hotel or industrial development. People vote with their emotions, not with their intellect. In half a century, for some reason, no Bahamian government seems to have appreciated this fundamental reality.

In the meantime, Bahamians have grown more and more jaded by the petty frustrations and barriers to self-empowerment that mark their everyday experience. We sense that we exist within a system that simply does not have our back. For all the bright lights and huge crowds of the mega-resorts, people feel they are really on their own and that at the most fundamental level, the system does not work in their interest. There is no helping hand being extended and no safety net should they need support. Due to chronic negligence and oversight, there is a sense any of us could easily end up just like with no help in sight. How can we accept, as a maritime nation of 700 islands, that we do not have an efficient civil coast guard network?

For a government like the FNM, which ran on the slogan “It’s the People’s Time” the message of Captain Armbrister’s letter is particularly potent. Having coasted into office on a powerful wave of disgust with the PLP, they promised to do something fundamentally different, and tied their credibility as an administration to fulfilling the dream of a better basic existence for people within a more responsive system, one that is a support rather than a hindrance to their aspirations.

To fulfil this mandate, the FNM must absolutely resist the temptation to revert to the bankrupt old model of reliance on grandiose promises and announcements. They must commit to paying close attention to the less spectacular minutiae – the little things that really matter in each and every facet of public and private life.

But where to begin? The list is virtually inexhaustible. For starters, Cabinet ministers should make it their personal mission to identify and address the issues, concerns and anxieties affecting all the consumers and professionals that interact with the services for which they are responsible. This could be as simple as making sure teachers have the tools necessary to be effective in the classroom, that social workers are well trained or, as Captain Armbrister noted, the technology is in place to ensure pilots feel safe while flying at night.

MPs should be doing the same in their constituencies, with a view to introducing commonsense solutions that will impact the average citizen immediately. Are the roads well paved? Do people feel safe in their homes? Is the garbage collected on time?

But by far, the most important commitment any government could make to improving individual quality of life for the average citizen is to decentralise, to the greatest extent possible, the decision-making process, thereby allowing communities to raise their own revenue and fund their own future in according to the wishes and aspirations of the inhabitants. Meaningful local government is the real key to improved quality of life across The Bahamas. Once people are in control of their own destiny the little things, politicians would soon find, have a curious way of taking care of themselves.

Likewise, Bahamian businessmen should be freed from the shackles of exchange control. In this day and age, it is absolutely unconscionable that government would continue to hold our hard earned money hostage, preventing us from exporting all but a pittance for use out of the country, thereby preventing any growth in our prospects beyond these shores. Virtually all the key players in the tourism industry are internationally traded companies, yet citizens and residents are prevented from investing in any of these enterprises. Bahamians can aspire to no more than employment in what is essentially, a foreign-owned industry in their own country. Any administration that wants to grow employment and opportunity need only get itself out of the way and leave the details to those with the most to gain from seeing local business flourish.

The same is true of professions and services, the greatest possible number of which should be allowed to self-govern and be overseen by trade associations, according to transparent industry-devised and enforced standards. These bodies should be respected by the authorities as the real source of expertise about any given field. If, instead of fighting against Captain Armbrister and Byron Ferguson for years, successive governments had respected their observations as professionals, many of our lost pilots might have been alive today.

People, when given the freedom to do so, will almost always act in what they perceive to be their own best interests. The results may not always be as intended, but the mere ability to succeed or fail on their own steam and in collaboration with their close neighbours is often a meaningful reward and form of validation in and of itself.

This is the true meaning of the term empowerment – the freedom to control one’s own destiny for better or worse. Somehow, this lofty concept has become eroded in the Bahamian consciousness, gradually degraded to the point that it signifies nothing more than potential access to a job. Employment is of course critical to a person’s circumstances, sense of worth and quality of life, but it alone cannot ensure happiness, a feeling of safety or a sense of belonging within a political or social system.

At the heart of the matter is really the question of control: will we ever have a government with the courage stop seeking to control the national message with grandiose announcements and focus instead on the little things that really matter to people’s lives? The “Executive” branch of government is supposed to “execute” the will of “Parliament; Da’ people Dem! Will a government ever be brave enough to recognise the myriad little things it cannot fix on its own, and allow people the freedom to act in their own best interests?

The Bahamian people continue to wait and hope.