How many times do you apologise in week? For stepping on someone’s foot, bumping into someone, hurting someone’s feelings, or failing to follow through on a commitment, we often have to say we are sorry. Apologies do not immediately repair damage, but they are not just words. They acknowledge wrongs and make it clear someone is taking responsibility for the wrong and expressing regret for causing harm. People do not like being wrong, so it is no surprise that no one likes making apologies for their wrongs either. They often find as many reasons as possible not to make them.

I made a mistake. It is in the past. I am a different person now.

They convince themselves, then try to convince other people that time, personal growth and good deeds erase their wrongs.

An apology requires an admission of error. It means you now know, even if you did not know before, that what you did was wrong, it negatively affected someone or a group of people and they deserve to be told you are sorry and will take steps to make repair. For some, this seems like too much. Their fragile egos cannot take it. They interpret an apology as weakness. When an apology is demanded, they are even less inclined to offer one. It is a childlike instinct to refuse to do whatever was requested as a matter of principle and the principle is they may be smaller and younger, but you are not the boss of them.

Last week, I wrote about the national desire for a hero and the letdown that is Ranard Henfield. I recounted the Facebook events that led to him using a homophobic slur, excusing his own behaviour and failing to apologise to the LGBTQI+ community. It was Erin Greene and very few allies who called for the apology, noting it perpetuates the danger that already exists in this environment and helps to embolden homophobic people to target LGBTQI+ people. He ignored this, posting what could only be called a weak attempt at deflection that made no mention of the people he hurt. Since the calls for an apology were so clear that others spent days arguing online, largely with Erin Greene, about the necessity for one, it cannot be that he misunderstood. Henfield chose not to do it. Again, ego is a factor. It may be he does not see an apology — an admission of wrong — as fitting the hero image he most wants to portray. It could be he believes he was justified in his comment. He may, like many Bahamians, think LGBTQI+ people are sub-human and do not deserve acknowledgment, much less protection. Whatever the reason, a proper apology did not come. This is one of many examples over the past few weeks.

It was recently announced that comedian Kevin Hart was chosen to host the Oscars in 2019. When his old, homophobic tweets were circulated, the Academy directed him to apologise. He refused. In fact, he posted a video saying the Academy gave him an ultimatum. They told him to apologise, or he would be fired. In his words, he “passed”. He claimed to have addressed the issue before, but it was not clear when. He obviously had not deleted the tweets. He said if he lost the job, “no harm, no foul”. It is too bad he missed the part where there was harm, very clearly stated in his tweet that he would beat his son if he tried to play with dolls because “that’s gay”. After losing the job, Hart decided to “sincerely apologise to the LGBTQ community for [his] insensitive words from [his] past”. 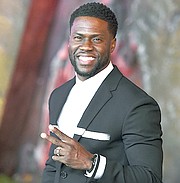 Why would he choose not to apologise, lose the job, then apologise? A hint may be in the apology itself. Before he got to the apology, he said, “I have made the choice to step down,” and suggested he did not want to be the cause of controversy at the event. This statement does multiple things. It demonstrates his autonomy. No one — including an employer — is going to force him to do anything, and even if he had planned to do it, he will drag his feet to make a point. It also suggests that he was not fired, but that he made a decision and that decision is not self-serving, but benevolent. The third job the statement did was provided a new headline to detract from the negative response received on the video in which he assertively stated there would be no apology.

In both the case of Henfield and Hart, it is clear that there is a belief that apologies are to be avoided, especially when they are demanded. When an apology must be made, it seems to be generally understood that they can be done poorly by failing to address the wronged party, delaying it so it seems like a new idea, or presenting oneself as benevolent figure. This, somehow, helps to save face.

Apologies are underrated. They are not just words. They affirm people who have been hurt, and send a clear message to others that what was done was wrong and needs to be corrected. It does not matter how much a person has changed in the hour, month, or decade since the wrong was done. It makes no difference whether or not the intention was to cause harm. There was an action or inaction, it resulted in harm to a person or group or people and those people deserve — at the very least — to have that harm acknowledged. Acknowledgement is the beginning.

In CARICOM’s ten-point plan for reparatory justice, the first item is “full formal apology”. It states that healing requires apology and rejects the “statement of regrets” offered by some European governments. The plan requires governments to take responsibility for crimes committed. Other points include repatriation, alleviation of the public health crisis, psychological rehabilitation, and debt cancellation. The plan is quite comprehensive and it clearly communicates the importance of apologies, especially in placing it at the top of the list. There can be no repair without acknowledgement of the wrong. The acknowledgement of the wrong makes a strong case for the wronged party to receive damages. Why else would European governments refuse to apologise?

In conversations about homophobic slurs, it has been interesting to see the n-word come up again and again. Black people are asking black LGBTQI+ people why they are addressing homophobia rather than racism, as if only one issue can be legitimate. It is as though one must come before the other, or black LGBTQI+ people must make a choice, much like black women are often pressured to make a choice between being black and being a woman. People experiencing multiple forms of oppression are constantly put in this position. In addition, people like Nick Cannon validate these kinds of imaginations of separate identities. In the wake of the Kevin Hart fiasco, he dug up old tweets from white comedians with homophobic statements, as if to say Hart should not be condemned because they had not been. Social justice, however, works in the opposite direction. We do not need black people to be held to a lower standard, but for white people to be held to the same standard. The issue here is the same as the suggestion, in 2016, that we take away men’s rights to confer citizenship instead of expanding the rights of women.

We do not need to find people who are worse than us. We should not be engaged in oppression olympics. It is more important to look at who we are, who we have wronged, whose wrongs we have ignored, and whose oppression we comfortably observe. Apologies are not just about saying sorry, but acknowledging the wrongs and seeking to repair them. They are often about validating an experience and helping to shift a culture. Personal responsibility must not be taken lightly. We are capable of being and doing better. Let’s get to it.