Diane Phillips: Oh, For A Little Respect While Out Shopping 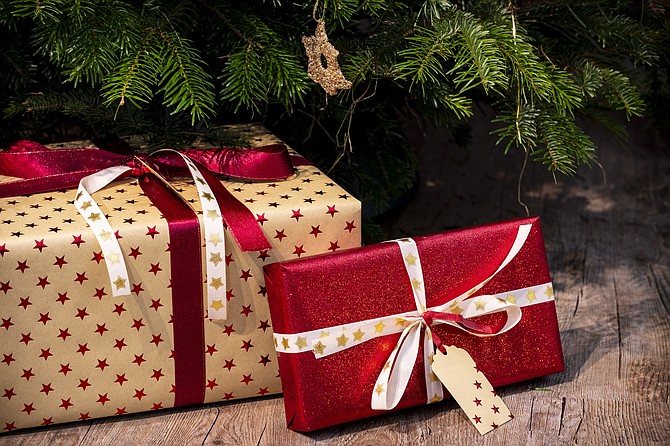 IN every life, there comes a time when reality hits with a thud, like realising that you had the whole year to get ready for Christmas and suddenly it is here. And once again, though you promised last year and the year before that and probably the year before that it would never happen again, you blew the 8720 hours since the last time and you have 40 hours left to go before the big day.

The pressure is on. In your year of 8760 hours you chose to do things other than preparing for the day of over-indulging and you have no one to blame but yourself but then again you and your husband (well, my husband and I) agreed this year no gifts. Kids are grown, we have a big wedding coming up in March so no gifts, agreed, firm. Right? Wrong. Okay, we relent. A few little gifts. We have something in mind for our daughter who is getting married soon and at the last minute we decide to head to Bay Street.

It is a Sunday, Christmas is still more than a day and a half away and we are expecting a pleasant outing.

The Bay Street that I touted as the street of shopping dreams, of simple architectural wonder and hidden architectural treasures, the Bay Street I lured locals and visitors to in past tourism-related posts with live entertainment Sunday after Sunday when we introduced Sunday shopping in the mid-1990s, is not the Bay Street of today. Much of the architectural beauty is still intact. And a few shops have maintained their dignity. John Bull was a sight to behold, dressed to the hilt with Christmas trees throughout the interior, festive, bright and classy. The Linen Shop lived up to its name as The Christmas Corner. Fendi’s window was striking as always. Coin of the Realm on Charlotte Street, once a munitions storehouse, retained its centuries’ old charm with original rounded brick ceilings and showcases filled with gold and silver treasure. Pandora was hosting some sort of event that drew standing room only crowds sipping champagne. We might have gone up Parliament Street under ordinary circumstances, but…

But except for those few highlights, Bay Street was little short of a nightmare. Bleachers that go up way too early every year, days ahead of Junkanoo, had turned Nassau’s main tourist thoroughfare and locals’ once-favourite shopping walk into metal mayhem that would offend any camera. Imagine the selfies visitors would post to social media telling friends and followers they were in Nassau. What was the message? “December and here we are in the land of sunshine and aluminium. Be sure to come to The Bahamas on your next vacation.”

If you manage to mentally ignore a street of bleachers, you have less chance to avoid the hassling by hustlers standing in every third or fourth doorway and on the sidewalk, which by the way, is illegal because the sidewalks belong to the Ministry of Works and hustling without a licence is not permitted. But no one is enforcing the rules downtown and though I am sure that the Downtown Nassau Partnership and Ed Fields are trying, the situation is out of control and so offensive it gives rushing a new meaning – how to get off Bay Street fast.

Store after store, we were bombarded. Voices coming at us: “Hey, happy honeymooners…” from one man who obviously needed glasses. “Take this flyer,” ordered a woman with a southern Caribbean accent. “Where you from?” asked another man who had great difficulty understanding Nassau as the answer. “Here, take this sample, just for you,” said another. By the fourth time we were asked by a hassling hustler outside a store where we were from, my husband stopped and asked where the well-dressed young hustler was from and the man answered “Israel”. I confess. I am Jewish and proud of it, but I also know that different cultures exhibit different behaviour in different parts of the world and what is appropriate behaviour in one place may be offensive in another.

Nassau is not the Middle East nor is it North Africa, it is not Vietnam or Lebanon or Morocco where it is accepted that people selling goods attract attention by calling out to anyone who might have a dollar, franc, peso or ruble in their pocket, where you are bombarded by voices and cries for your business, where you fight for the right price, scream if you have to and, like going into battle, bargain till you drop.

That is not the Bahamian way. Nor is it the way that Americans, Canadians, South Americans or Brits expect to be treated when shopping. Hustling and hassling hurt and if Bay Street merchants are blaming the pain they are feeling on the 4.5% hike in VAT in 2018, they only have to look at the Mall at Marathon where on Monday you could not find a parking space. Even if the spend at the Mall is less than it was the year before - which is what we are hearing - at least shoppers are treated with respect, not accosted and not fleeing.

The new Bay Street hustle hurts everyone, but no one more than those who are vested and invested in its properties with rents of $100 a square foot and up and business licence fees that make surgery feel like a recreational activity. They can complain about cruise passenger spend all they want but cruise lines are right, their passengers want to get off the ships when they want and they want an authentic experience. They are prepared to spend – all you have to do is look at what they spend in other ports. It is not the cruise lines’ fault that their passengers rush back to the ship in Nassau. We know how they feel. We walked from east of East Street to Frederick Street and back. An hour or more that should have been a pleasant amble with holiday music and festive decorations became an ardent effort to dodge hustlers outside stores and escape with partial sanity intact.

By the time we got back to the corner of Parliament and Bay, we could not even turn up Parliament Street. We felt stripped of emotional energy, zapped by being accosted at every turn. For the Bahamian woman who said she had the worst Christmas season in the 12 years since her shop has been open and the man who said they are considering bringing in a less expensive line of goods next year, both of whom depend heavily on locals shopping downtown in December, we feel your pain.

Your future depends on the action you take because another reality that hit us was this - the hike in VAT pales by comparison with the spike in hassling. Stop the rudeness or suffer the consequences, Bay Street. Your future, your hands. Your wisdom, your wealth and the preservation of historic heritage and economic prosperity in the heart of the once proudest city in the region.

And on the positive side, good signs...

On a positive note, kudos to the Minister and the Director of Works for those new signs marking critical intersections and T-junctions where traffic entering the road from a side street is warned to take the outside approach around a median. Designed in bright yellow and blue with a striped rounded centre divider (looks like a bathing suit with cleavage), the new signs are clear metal messengers that will help drivers avoid hitting the median or another vehicle. Nice work … Check it out in several places including the intersection of Eastern Road and Fox Hill Road.

A suggestion for the same Minister and Director – move the pedestrian crossing at the north end of Baha Mar Boulevard further south. There have already been numerous accidents and it may just be a matter of time before someone loses a life. There is simply too little time to stop when you come around the roundabout from the west and the crossing is right there. One hundred feet to the south is all it would take to correct it. And you could save a life.

As usual I didn't even bother reading whatever she has to say because I already know Dr. Allen needs to cut back on her dosage of happy pills big time! LMAO

That comment is just mean-spirited. I think Ms. Phillips did a good job in her description of what Bay Street at Christmas has become.

Do you even know her personally? Pleeezzze.....we have enough overly sensitive snow flakes fluttering around the Bahamas!

why are the pretty israeli models selling cosmetics on bay street.

they harassed me like that and wanted to sell me 700 (yes seven hundred dollars) face cream.

when you say no, they keep reducing the price until it is about 50 dollars provided you become one of their selling agents.

i go to the pharmacy and buy nivea cream.

and, BTW, those product brands are reported in ripoff websites online, they only operate in high traffic tourist areas as people cannot return to bring back the snake oil.

diane got called because she looks like a tourist.

they would not call a black person dressed for work to their shop.