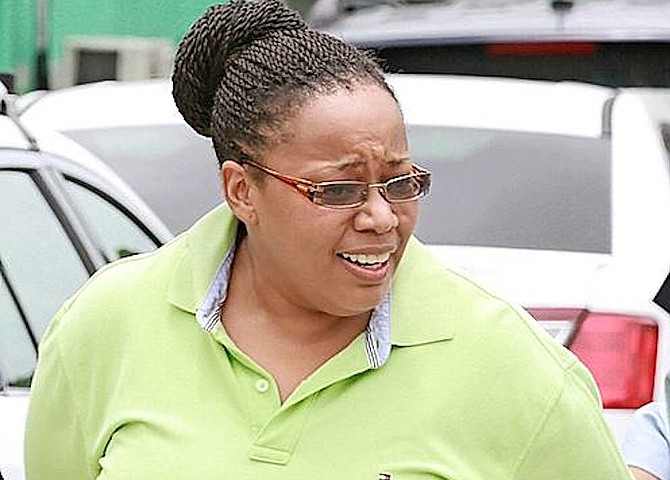 Reene Mayers, associate vice president of human resources at COB, said between those years, Gibbs’ net salary fluctuated between $2,200 and $2,800, going as high as over $3,000 in one instance in 2013.

This while having her salary affected by deductions from three banks from 2008 to April 2015, namely Scotiabank, Commonwealth Bank and First Caribbean, and four from that point on with the addition of FINCO in May of that year.

On the last occasion, Gibbs was said to have made a monthly net salary of $2,315 in March 2008. Since then, both her net pay and salary deductions would decrease and/or increase.

She was previously confirmed as having an annual salary of $32,310 as a human resources assistant at COB by a job letter dated May 24, 2011.

Gibbs is on trial before Justice Cheryl Grant-Thompson charged with stealing hundreds of thousands of dollars between March 2008 and October 2015 while employed at COB.

She is facing eight counts of stealing by reason of employment and 16 counts of falsification of accounts.

It is alleged Gibbs stole over $500,000 from COB by reason of her employment at the institution. It is also alleged she falsified numerous COB direct deposit files, the result of which purported to show she was entitled to over $200,000 in salary payments.

According to court documents, Gibbs served as both a senior clerk and a human resources assistant at the college. She was arraigned in June 2016. COB transitioned into a university later that year.