Men: 'Ladies, We Have Feelings Too' 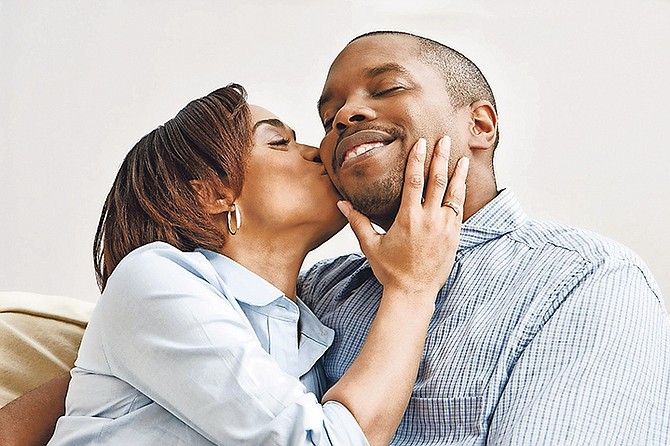 The Good Man Campaign believes that many Bahamian men need women to listen to their needs and consider their feelings.

NOW, more than ever, one can hear the cries of women the world over: "Men are no good. Men are lousy; they're abusive," they say.

And while their very serious complaints are likely to be valid more often than not, one local organisation believes that good men still exist, especially here in the Bahamas, and that they need the support of women to reach their full potential.

The Good Man Campaign will present the sixth annual MenSpeak Conversation this Saturday. The social and seminar will be held under the theme "Respect the Hustle..For Men and the Women Who Love Them" at the Purpose Church on John F Kennedy Drive starting at 7pm.

An initiative of the Recharge Empowerment Group, which is led by life coach Simmone L Bowe, the Good Man Campaign launched two years ago in effort to foster positive gender relations between men and women, and also to raise awareness for the support, understanding and respect of men.

Simmone originally created the Recharge Empowerment Group just for women, to facilitate events, retreats and support groups to foster inner healing, the absence of which often plays a huge role in the breakdown of relationships with partners and children. However, as a result, she discovered just how wide the communication gap between men and women is.

"There were women not listening to how men think and feel, or did not believe how they think or feel due to past hurts. The inspiration for me was the pain I would hear in men's voices when they talked about things that were important to them; they felt no one cared or gave them a fair shake. These were things like: the expectations and pressures men have to be men; being treated like they do not have feelings; their children being used as pawns in relationship battles; children being withheld from them; court systems favouring women more than men, not receiving gifts on special occasions like birthdays and Valentine's Day when they are expected to amaze their mate on those days, and that is to just name a few," she told Tribune Woman.

Simmone said she is very proud of the evolution of the event's brand and the excitement that couples, and men in particular, have toward the ongoing seminars. She said those in attendance can always look forward to enlightening, eye-opening and vibrant discussions about men, women and relationships.

"Last year, a man challenged me in conversation that men don't have many empowerment events just for them, and so this is an event for men to think about their goals and direction for this new year. These events are important for men because they create a safe space for sharing how they think and feel, and a platform for their issues to be addressed. It is heartwarming to see them bonding with each other based on finding similarities and common ground with each other. And also it is important for women to see and support this - healthy relationships with men, and to truly listen to men's needs, hurts, and struggles so that they in turn can be more fair and compassionate when dealing with the men in their lives," said Simmone.

Her goal for this seminar series to start a movement of men making a positive impact on their communities by being role models, great husbands and fathers, exemplary employees, leaders, business owners, and mentors to young boys and men who desperately need a guiding hand.

"To me, this event is life-changing and necessary for the growth of our country and gender relations around the world. The issues that many of our men discuss are not unique to the Bahamas or the black male. I have spoken with men of other races and cultures and their needs are similar, if not the same," said Simmone.