Two Held After $168,000 Of Marijuana Recovered In Exuma 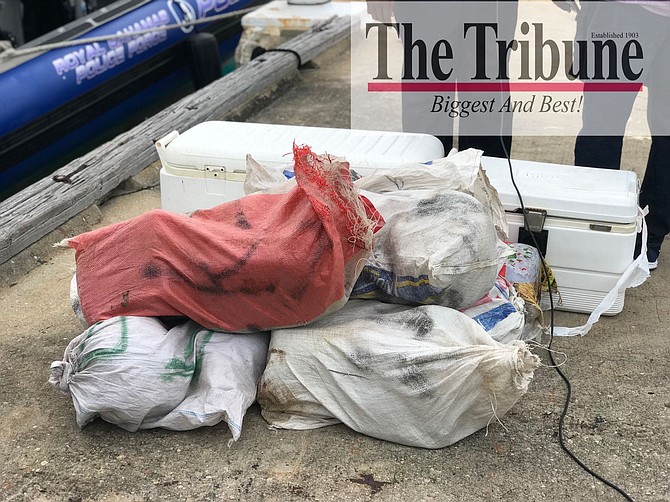 The drugs which were recovered in Exuma and brought back to Nassau. Photo: Terrel W Carey/Tribune staff

Drugs recovered in Exuma are brought back to Nassau.

A joint operation between police and Defence Force officers resulted in the recovery of $168,000 worth of drugs in Exuma on Sunday morning.

Shortly after 9am, officers along with Park Wardens of the Exuma Sea Park conducted a joint operation at Warderick Wells Cay, where they recovered 168 pounds of suspected marijuana. Two men were taken into custody.

Redirect these efforts to fighting poverty and keeping our people safe. Marijuana is legal in 9 US states and soon to be legal in all of Canada.