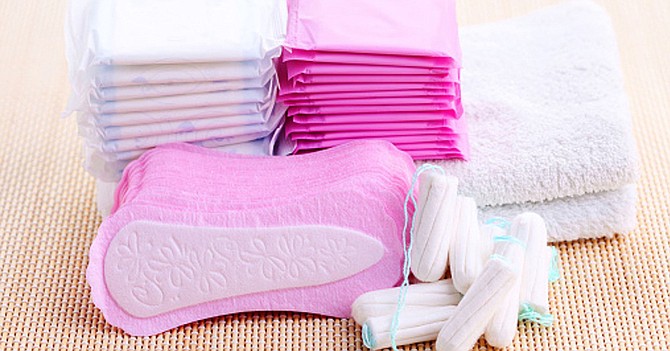 A formal petition to eliminate value added tax on feminine hygiene products such as sanitary pads, tampons and menstrual cups has been signed by almost 2,000 Bahamians and will be presented to the government for consideration in the mid-term budget.

VAT is currently not being charged on bread basket items (those items the government considers essential), but feminine hygiene products do not fall into that category and will be subjected to an increase when VAT goes from 7.5 per cent to 12 per cent on July 1.

Maelynn Seymour-Major, who created the petition, told Tribune Woman that she was inspired to start the appeal after watching Deputy Prime Minister and Minister of Finance K Peter Turnquest deliver the 2018/19 budget communication in the House of Assembly.

"I was looking at some of the items that the government added to the bread basket and realised that although a lot of them were things that I use and enjoy, for example like mustard, they were still things that you don't need the way that you have to have sanitary products," she said.

"Most women have a period every month. Tampons, pads and menstrual cups should be both duty free and VAT free items, as they are necessities. They should have the same status as breadbasket items. Feminine hygiene is not a choice and therefore should not be taxed. Essentially, women are being taxed for being women. It is a gender injustice and we need to fix this."

Ms Seymour-Major noted that since she launched the petition on change.org, almost 2,000 people have signed it. She would like to switch to a paper petition to accommodate those expressed an interest but may not have computer access.

She has also paid for a professional country-wide survey which has revealed that 85 per cent of participants supported removing VAT on these items.

"My intention is to take both the petition and the survey to government so that they can see that this is not something that is just a whim, but is something that most people think is vital and should be implemented," she said.

Ms Seymour-Major noted that to be fair, she did have a chance to talk personally with Mr Turnquest at a recent speaking engagement where he was discussing the budget and the increase in VAT.

She said it was indicated to her that the government had simply not thought about removing duty fees or VAT from feminine hygiene products, and while it was too late to make any amendments before the current budget cycle, it was something that could be considered for the mid-term budget. Consideration may also be given to items such as adult diapers, which are essential to many.

Ms Seymour-Major said this speaks to another issue she feels needs addressing.

"This highlights the need for there to be more women at the table, to advocate for women's issues and to bring the needs of woman to the forefront. We need more women in government to be our voice," she said.

Ms Seymour-Major noted that it is important to speak up and let government know what issues are important to their citizens, to be sure that those areas are given attention.

"Another issue I would like to address is the sad state of maternity and paternity leave which exists in this country. I feel that something needs to be done, because when parents have more time to bond with their children it helps society become better," she said.

Those interested in signing the petition, can go to www.change.org/p/no-vat-on-feminine-hygiene-products.