Insight: A Vision For Downtown Nassau 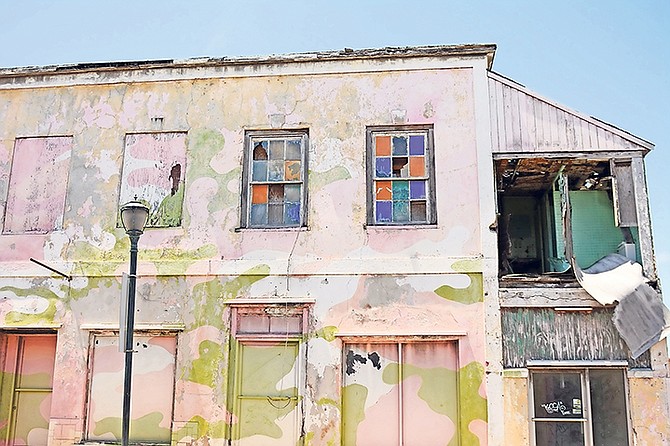 ALTHOUGH the bulk of the plans for the rejuvenation of downtown Nassau are medium to long-term, Downtown Nassau Partnership (DNP) managing director Ed Fields is adamant the organisation is working to bring significant changes to the city.

In an interview with The Tribune on Friday, Mr Fields explained the hurdles facing such an enormous task, provided some background information to the delays, and also listed the organisation’s accomplishments, citing the litany of improvements made to Nassau over the last decade.

“What we’re trying to focus on is how to make it a better city for residents,” Mr Fields said.

The DNP’s medium to long-term goals include a public transportation shuttle system for downtown, the construction of a 12ft wide boardwalk that will run from East Street to Potter’s Cay Dock, and the transformation of the area surrounding Fort Charlotte and the Fish Fry into a “Central Park” concept.

Mr Fields said the shuttle system would work in conjunction with the unified bus system that is currently in the pilot project stage, adding that he has been in “constant communication” with Transport Minister Frankie Campbell on the matter.

“We’re looking at a three-loop shuttle system that would augment or complement a unified jitney system,” Mr Fields said, explaining that the essence of this shuttle system is to limit the flow of buses through downtown.

However, for these plans to come to fruition, several preliminary stages have to be completed.

Regarding the downtown management structure, Mr Fields said firstly, the Business Improvement District legislation that was written in 2009 had to be redrafted.

A business plan that was also completed that year also had to be updated to match the updated legislation.

He added that both those documents are currently undergoing checks and editing and should be completed in the next few weeks.

Mr Fields also said that in order for funding for the plan to be quantified, a better understanding of the existing tax base was required.

“Our premise is to see how we can not add taxes, but to allocate some of the existing tax revenues to managing downtown,” he said.

“So in order to do that, however, we have to quantify that. Unfortunately, our system doesn’t have the kind of efficient compilation of data that allows that to happen with the push of a button.

“So in fact just yesterday (Thursday), coincidentally, I met with the In-Land Revenue Department to see how we can go about best (capturing) that data so that we can quantify what percentage or what allocation we require to meet our budget needs.

“So just in that alone, you can see how complicated it is to move from point A to point B.”

Mr Fields added that the DNP hopes that will be completed “in the next month or so”.

The boardwalk is currently under construction on private property, Mr Fields said. Upon its completion, it will also have the capacity for super yachts to be docked.

“The overall plan is to go from East Street, that’s by the Kelly dock, to the bridge. To Potter’s Cay. So on private property, that is already being done.

“What we’re now waiting to get finished is a couple of seabed leases to be signed off by government so that we can have that… obstacle out of the way.”

However, there are added complications that contribute to delays in the project, he explained. These include discussions on how government land will be traversed, as well as several side streets that will have to be redesigned and made pedestrian friendly as a result of the project.

“There’s no sense having a boardwalk and then you get to one road and you can’t cross it properly,” he said.

Mr Fields also noted some buildings, such as old warehouses, require demolition. However, those with historical value will not be torn down.

He added that an investor or consortia of investors with “vision” is needed, comparing the endeavour to the long-term planning Sol Kerzner implemented for Paradise Island.

“And if that’s the vision, then what is it going to take to support that vision? So in other words you can’t just go and say, put up three or four individual high rises, and put a septic tank next to it.

Mr Fields estimated that infrastructure for the project could cost anywhere from a quarter to half a billion dollars.

When asked if there is an estimated timeline for the completion of these projects, Mr Fields said there is none.

“This is one of the things that people just love, timelines… First of all, it’s not a government project. So (we) need to take government out of it.”

He added that the government does not have the resources to inject millions of dollars into the project.

Mr Fields said the ordinances and incentives that have to be done can possibly be accomplished within the “next six months or so”. This will help property owners make the area more marketable for investors.

“The quicker we can get the government related issues out of the way, which I think will definitely be done within the next three to six months, then the better it will be for investors. Because investors aren’t going to some things without certain assurances.”

In addition to the ordinances, Mr Fields said, short-term plans for the project include the building of the boardwalk (“the connecting ribbon”) and the commissioning of a study on design for the side streets.

The DNP is also working with the taxi committee and the Kelly family to move taxis from Charlotte and Frederick Streets and Prince George Wharf. This would make those areas more pedestrian friendly, and the taxis would instead be held in the holding lot at the Kelly’s site.

Another goal is to improve traffic flow between Saunders Beach and the Hilton hotel. Some roads also will be redirected to help traffic flow.

When asked what can be done to improve the eyesores downtown, such as the abandoned buildings on Bay Street, Mr Fields said some of them will be demolished.

“One of the things that’s going to be involved is the demolition of some of those buildings and the greening of some of (the front of those) spaces.

“We will also look at how we can do murals and sort of cosmetic-type stuff to improve the area.”

Mr Fields said from his perspective, progress on the matter is moving at a “more accelerated pace”.

He also acknowledged that from the outside looking in, it may not appear this way, but compared it to the process of building a home.

Mr Fields also said he is “fairly optimistic” that when the project is under way, it will be a “major, major capital investment” that will have a “major impact on the economy” and create jobs.

The major sections of the project will happen in “chunks” or phases, he added.

“And then people, I suppose will be encouraged when they see these phases happening. When they start to happen, people will start to see the big picture and how, in my estimation, and I could be wrong, that in 10, 15 years, I think the city of Nassau can easily be transformed.

“And I think you’ll start to see some of… the elements of that transformation sooner rather than later.”

In the interim, Mr Fields said Bahamians should be galvanised and appreciative of the major upgrades New Providence in particular has undergone in the last decade.

“Since 2009: new airport, new roads, Baha Mar has come on to play, downtown we’ve put in Pompey Square, we’ve rejuvenated Rawson Square, we have done things like put in pedestrian crossings, we did Marlborough Square... we put in new sidewalks, the Straw Market was rebuilt.”

He added that the DNP had a flag pole installed by Dunkin’ Donuts downtown, so the flag is up all the time. The organisation is also responsible for “every bench and garbage can” on Bay Street and in Rawson Square, and pointed to the overall cleanliness of the area.

“Yes, we have challenges, and we will continue to work on those challenges, but I think people need to understand that we are making strides and we’re going to continue to try and make those strides.”

from 1973 to this ? every country I have ever visited has made a point of preserving it's history, the Bahamas is content on having non Bahamas preserving whats left of the Bahamas, that quaint old town Nassau will be replaces by building found in any other country, glass buildings are not Bahamian, places in point Quebec City or Edinburgh they have modem buildings BUT the old heritage buildings remain and in many cases have been restored to the former glory, needless to say I am ashamed of governments that have done nothing but complain about the former Bay Street Boys and the UBP , the Bahamas has been under your watch since 1973 and this is the result, derelict buildings most in decay in a once magnificent shopping area and not only on Bay Street but all over.

K4C does your keyboard not have a period? A complete paragraph in one sentence. Good points, though.

Is this the same Fields of "We the people" What happened to that.

Its gone. It is no longer about the PEOPLE, it's about the money. We allowed it, and now we, Bahamians need to show our disgust - revolt!!!! Remember how we got to the initial change - Sir Lynden Oscar Pindling believed a changed had to come and he did it. Bahamians supported him, He got my mom (a straw vender) to encourage people to join him - the rest is history. So the question now is- Have we, Bahamians, became so greedy and lost all that was fought for? When are Bahamians gonna say "enough is enough" and do what it takes to get our country back. If any of you are interested please text me (2402804890) or send me an email - vpoitier@yahoo.com. I believe its time for change - but as Sam Cooke said a change is gonna come. So my fellow Bahamians - what are your thoughts? Are you ready for a CHANGE?

If Ed Fields and the Orville Turnquest family are in any way involved in it, you (like me) would be wise to stay well clear of it, whatever it may be. Turnquests, Wilsons, Maynards, Symonettes, Butlers and certain Lyford Cay Greek families are all cut from the same cloth.