Insight: Why The Cherry Switch Is A Lot Scarier Than The Tamarind Switch 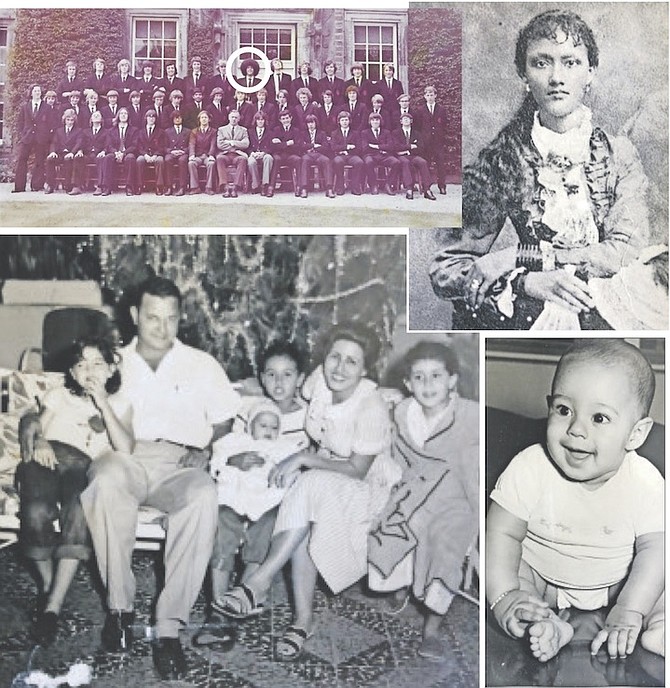 In the recent heated and vituperative public reactions to my Human Rights advocacy against the continued victimisation and abuse visited by the Government of The Bahamas upon our Haitian ethnic minority - and the vocal threats on my safety and life - I was moved to react to a particularly savage attack upon me in a voice note circulating widely on social media by a Mr Bannister, a self-proclaimed “True Born and Bred Bahamian”.

He pointedly reminded me of the visceral, raw and unadulterated hatred of Haitians by Bahamians and the discrimination which I was subjected to in my early teens in The Bahamas.

He called on the public to thrash me with a Tamarind Tree Switch, a particularly painful form of local corporal punishment. It caused me to pause and reminded me of why I care about Human Rights and why my passion for it remains unrequited.

I wrote a short essay, which turned out to be a little biography of my life. I entitled it:

And so, since I am perpetually accused in the court of public opinion of not being a True Bahamian, being a traitor to The Bahamas and only interested in Human Rights for money and publicity, I thought to share a little of my personal history.

I was born in 1956 in Petionville Haiti and registered as a British subject at the consulate in Port au Prince. I was raised in an ethnically and culturally diverse community, but nonetheless as a foreigner; a “Ti Blanc” or “Arabe” in Haiti in the 1950s and early 60s. Along with our my family, I witnessed and personally experienced the abuse of Papa Doc Duvalier’s Ton Ton Macoutes. It inculcated in me an appreciation and respect for Human Rights at a very tender and impressionable young age.

It was scary growing up in Haiti.

It’s scary being an adult in The Bahamas now.

A teen in Nassau

When my British father was deported from Haiti by Papa Doc, and we moved to Nassau in The Bahamas from where he had emigrated to Haiti decades before, I was mercilessly teased and beaten (usually with “rock an’ bottle”, then favoured instruments of war by Bahamian kids), ridiculed for three years at St Thomas Moore, Xaviers and St. Augustine’s by Bahamians for being a “Haitian”, even though I was not.

I was British, being the offspring of a father born in the then Colony of the Bahama Islands and a mother born in Trans-Jordan, a previous British Protectorate. On July 10, 1973, like Bannister, we became Bahamian Citizens.

Alas, I did not know there was anything wrong with having come from Haiti! I was proud to speak Creole, French and English fluently.

So I didn’t back down!

It was scary, but it made me stronger!

Anyway, because of the abuse, my family eventually shipped me off (literally in the SS Bremerhaven), sight unseen (there was no internet in those days), to boarding school in England, a supposedly civilised country.

But little did my parents know they were throwing me from the frying pan into the fire.

I was sent in the late 1960s to an all white, all boys, all English aristocratic boarding school dating from the 15th-century, in the moors of northern England.

A great educational opportunity, but a racist place to the core!

There I was a WOG (a Western Oriental Gentlemen!), a Blackie, a Coon, a Nigger, a Brillo Pad Head etc!

What I had been subjected to in Nassau was a joke in comparison. Every verbal and physical abuse under the sun was visited upon me by the English school boys.

It was scary, but it toughened me up and made me stronger.

I joined Amnesty International and Greenpeace at age 13 and have been fighting for human and environmental rights since.

I suppose it was only natural that I gravitated to law, to find some principled and steadfast protection as an adult from abuse.

I studied law in England, a country that, ironically despite its pervasive historic racism beneath its veneer of good manners, has a tradition of respect for The Rule of Law.

I came to learn in and believe in The Rule of Law and its protection of individual rights from government and social abuse!

So growing up in Haiti and experiencing the totalitarian dictatorship of Papa Doc visited on ordinary people; then being abused as a “Haitian” (a pejorative cuss word and term in The Bahamas pronounced “Haeeeshian”) in Nassau, and then being racially savaged in Jolly Old England, taught me in a very raw way to appreciate Human Rights and to fight for my own and those of others.

Fred Smith’s grandfather, Isaac Ghishan, third child from left standing at the bottom when he was five. He and his four brothers and two sisters and their family migrated from Transjordan after the second world war to Haiti. His father, Fred’s great grandfather, is sitting first left and his great great grandfather is the patriarch in the middle. They were Bedouins from Jordan, of the Hashemite clan and they settled in Madaba, near Amman in Jordan. Fred’s mother’s Bedouin clan are the only Catholic Bedouins who fought for the Holy Roman Empire.

Back To The Bahamas

Although in 1976 I received a scholarship to attend Baliol College, Oxford, after a week, I determined to “Get out of Dodge” sooner rather than later. I read law at 17 at Lincolns Inn, London and was called to the Bar of England and Wales at 20, and was in 1977 also called to The Bahamas Bar. I have been fighting for Human Rights in the courts since I became a lawyer 41 years ago when I returned to The Bahamas.

So Human Rights is not a study, pass time, game or job for me. It has been real all of my life. I have always tried to treat people with the respect and dignity with which I would want to be treated by them.

I am a Human, and I fight for Human Rights!

The continuing first volley of abuse by Bahamians towards me is always that I should carry my “Haitian Ass Back to Haiti”! I am a Bahamian and have nowhere else to go.

I want MY Bahamas to be a humane place, where the Rule of Law and Human Rights are respected.

I will continue to fight until my dying breath to prevent The Bahamas from continuing to degenerate into a country where Human Rights are respected more in the breach than in the observance!

My reverence, love and respect for the Rule of Law is so very real.

Hence doggedness for due process. It is why I promote and protect the Rule of Law, the independence of the judiciary and the effectiveness of the court system in protecting rights.

I do so because society and politicians do not protect peoples’ “Individual Rights”!

They protect the rights of the “Majority” not “Individual” Rights.

Thankfully we have Chapter 3 of the Constitution which protects the Fundamental Rights and Freedoms of the Individual.

Eventually, it is only the thin membrane of the Rule of Law, an Independent Judiciary and strong and effective Civil Society that protect individual Human Rights from political and social abuse by politicians, barbarians and the mob!

And our political leaders, both FNM and PLP, remain either mute or some, like Senator Fred Mitchell, for their own political gain, promote hate, discrimination, victimisation and abuse.

It’s amazing how so many people, including our PLP and FNM political leaders have reacted irrationally simply because people are being taught about their rights and some (Haitian, Bahamians of Haitian descent, Jamaicans, Cubans, Canadians and Africans) are being released by the courts because they were illegally imprisoned, without charge, bail, being taken before a court, sentence or conviction, and subjected to inhuman and degrading treatment at the Carmichael Camp for up to eight (that we know of so far) years.

“Talk” about rights is very cheap in The Bahamas.

But when people like me along with Rights Bahamas actually assert their rights, teach them, express them, call upon the government to respect them, and the courts actually effectively uphold them (as in Jean Rony‘s case) venom and hatred spew from the minds and mouths of Bahamians.

And tragically, our political leaders continue to encourage ethnic cleansing in The Bahamas of persons of Haitian descent!

It is scary for me to be in MY Bahamas now; but it simply makes me stronger.

Yet, despite the threats, I am emboldened, more than ever, to continue to fight for my Human Rights and those of every other “person”.

Haitians are human neings and human beings have rights. Despite Bahamian Bannister’s vile vitriol and venom!

It follows, as day follows night, that Haitians have rights too!

It is so sad to see these true Bahamian colours!

So, my message to Bannister and those of his disparaging ilk is the following.

I didn’t back down 53 years ago when Bahamians were attacking me with rock an’ bottle.

I will not back down now because you threaten me with a Tamarind Tree Switch.

My Bahamian daddy towered 6’ 2” over me as a child, and when I was bad, he used a Cherry Tree Switch on me!

Now that was scary!

I would not stoop to answer insane radio talk show callers.

and shame on the talk show hosts who even allow that jackass to continue instead of just cutting him off.

Creole Fred is just over-zealous with his passion for human rights ......... He has made a good professional career living in this country and suing the Bahamian Government (We The People) in the name of "injustice" ...... He lives comfortably while many Bahamians are at the mercy of the 61,000 foreigners that he describes and defends - and views as his benefactors and allies.

Without the likes of Fred Smith, we would witness an even faster downward spiral. He is clear about where he stands. There is a human side to him that most Bahamians just can't understand. There is also the side of appreciating the rule of law. If more than 5% of our citizens felt that the law applied to them, we would be getting somewhere in this country. No consequences for bad behaviour in our country. Where that leads, is exactly where we are. Pitiful.