Cbc And Powerade Keep Triathletes Fuelled Up At National Championships 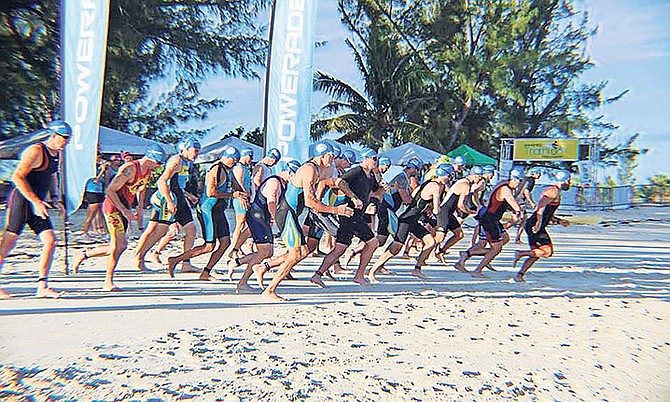 ATHLETES from around the Bahamas took part in the 2018 Bahamas National Triathlon Championships, and the Caribbean Bottling Company (CBC) kept athletes energised with Powerade throughout the race.

In addition to keeping the triathletes hydrated, CBC also provided the swim caps for the swimming portion of the competition. “CBC is proud to once again support the triathlon sporting community,” said Nikia Wells, CBC marketing manager of communications. “We were happy to be able to keep the athletes fuelled up throughout the race.

“In April of this year, we were also the title sponsor of BAARK!’s Powerade Potcakeman Triathlon, and we are happy to be back to support Bahamian triathletes at the National Championships.”