From Burden To Vat Hike - The Fnm's Changing View On Tax 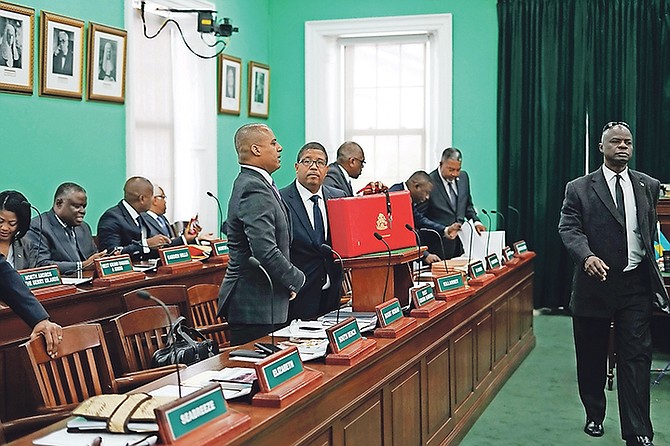 THE Free National Movement insisted value added tax would be a burden on Bahamians before announcing their plan yesterday to increase the tax rate by more than 50 percent in the next fiscal year.

VAT "will inflict pain and stress on the middle class and poor," Dr Minnis said months before that vote, adding: "The opposition will not vote for that."

While in opposition, Dr Minnis formed a special commission within the Free National Movement to evaluate where the party could repeal VAT.

It was at that time, in January of 2015, when Dr Minnis first mentioned plans to repeal the tax in certain areas, namely utilities, children's clothing and bread basket items.

That promise endured into the 2017 general election campaign cycle.

Still, Dr Minnis criticised the very idea of increasing taxes in a 2016 interview with The Nassau Guardian, quotes from which went viral yesterday.

"We do not believe governments should rip their economies and people with unnecessary taxation," he said in 2014.

"To say you're going to put this yoke around the workers and businesses of this country and on the backs of the poor people, is unconscionable," Dr Sands told Tribune Business in 2014.

Critics yesterday slammed the Minnis administration for planning to increase the VAT rate without seemingly consulting stakeholders or citing analysis that justifies the decision.

In 2013, Dr Minnis had a similar criticism of the PLP.

"The PLP should immediately disclose to the Bahamian people the details of any economic studies and analyses either by domestic or international advisors or agencies which have led the government to this proposed course of action," he said.

"The government must also disclose to Bahamians whether they have explored all potential alternatives available in order to expand the tax revenue base, and disclose any such reports which have detailed alternative tax solutions other than a VAT system, stating why the government decided to propose VAT instead of the many alternative systems which could have been proposed."

Yesterday, Darron Cash, the former chairman of the party in 2014, said the FNM must be very concerned about its credibility.

"When I served as chairman," he said, "one of the things I castigated Prime Minister Christie for was his credibility gap and that was just a polite way of saying there was always a great distance between what he said and the truth."

Mr Cash said: "I think the concern that the FNM ought to have is that people will be a lot more critical and damning than how Christie was held accountable in that this government continues to conduct itself in a way that says it never genuinely committed to so many of the things they talked about, that so much of it was saying things to get elected and that was the extent of it."

Where is our PM? Has he made any statements on his administration's tax policy?

He's never there to back his people up. He just sits there with that bored look on his face every time they need him. He simply does not get what a leader is.

Seriously horrible leader. We really can do so much better...