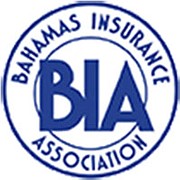 The Bahamas Insurance Association (BIA), releasing the industry's "position paper" on the Government's revised NHI model, called on it to produce data and empirical studies that showed how it had determined the scheme's costs and employer/employee contributions.

In particular, it questioned how it could set a $1,000 annual premium for NHI's Standard Health Benefit (SHB), the minimum level of coverage, when the NHI Authority had yet to agree the fees that doctors and other healthcare providers will charge.

Calling on the Government to provide further details to support its economic modelling, the BIA backed calls for NHI to be "phased-in" to "minimise disruption" to consumers and businesses at a time when many were still grappling with the recent Value-Added Tax (VAT) rate increase and other cost pressures.

Echoing Gowon Bowe, the Bahamas Institute of Chartered Accountants (BICA) president, the Association suggested it "might be more pragmatic" to phase-in both the proposed 2 percent NHI payroll tax on employees and expansion of the SHB benefits package to avoid any economic shocks.

Setting out its concerns, the BIA said plans to allocate 50 percent of the SHB's annual premium to a "risk equalisation fund", which will be established to compensate insurers who take on more high-risk clients, only left $500 for its health underwriter members.

"The policy paper proposes that, at the onset of the employer mandate, 50 percent of the SHB premium would be considered 'at risk' and used to form a risk equalisation fund," the BIA said.

"This leaves private health insurers with 50 percent, or $500, of the proposed annual premium of $1,000, which we believe may already be a gross underestimation of realistic premiums to cover the conditions outlined in the document."

The insurance industry's concerns over the Government's NHI pricing are repeated several times in the BIA's position paper, especially given the absence of economic data to support this and the many unanswered questions it identifies.

"The policy paper proposes that the annual premium for the SHB will be around $1,000," the BIA said. "While this is a noble objective, the rationale and support for this regulated premium amount should be shared with private health insurers for review.

"Based on the limited details on the proposed schedule of benefits, we had assumed that the healthcare facilities and healthcare providers within the SHB network have reached an agreement with the NHI Authority to significantly discount their fees.

"However, we have since been advised by the NHI Authority that the negotiation of fees with healthcare providers under the SHB plan has either not commenced or not been concluded."

Tribune Business reported earlier this week that Bahamian workers already covered by employer-sponsored medical insurance will not have to pay extra from their salaries for NHI's Standard Health Benefit (SHB) due to the way the scheme is structured.

The SHB, as NHI's minimum or base care/benefits package, is supposed to be incorporated into companies' existing group health insurance plans. As a result, the "2 percent of salary" levy on employees - ranging from $8 to a maximum $42 per month depending on income, and capped at a $500 annual maximum - will effectively be taken from existing premium contributions.

It is unclear whether the same applies to the employer's SHB share, which will be "at least 50 percent" of the total $83 monthly premium per worker. However, it is likely that some companies may elect to drop existing medical insurance plans and just take the SHB depending on whether the NHI proposal is approved as is.

The BIA, in yesterday's "position paper", said the language in the NHI's consultation document "implies that the anticipated costs to (healthcare) providers have either been agreed or pre-determined in order to arrive at the proposed annual premium of $1,000" given that it talked about both costs and margins.

"The BIA requests that these anticipated costs be shared with us to enable us to conduct our independent actuarial analysis and opine whether the premiums are reasonable and realistic," the Association, which represents health insurance underwriters and brokers/agents, urged.

"The BIA has maintained that there is a strong correlation between private health insurance premiums and healthcare costs. The delivery of affordable, quality healthcare via the SHB with an annual premium of $1,000 may only be achievable if the facilities and providers' fees are materially lowered.

"The NHI Authority has informed us that, at this time, it has not determined that its medical fee schedule will apply to the reimbursement of care covered by private insurers," it added. "As the cost of medical services is a key driver of insurance premiums, it cannot be determined at this time whether their anticipated $1,000 annual premium for the SHB may be applicable to employers.

"In that regard, the BIA's position is that the agreed fee schedule for the SHB will be adopted as the national fee schedule for The Bahamas and will guide the reimbursements of private health insurers for all healthcare provided in the country. We request that this agreed fee schedule be shared with the BIA and subsequently published for public reference for transparency purposes."

The BIA suggested that "perhaps it would be more pragmatic, and a more measured response to the difficulties the nation faces as regards universal healthcare (UHC), for the NHI Authority to phase in both the employee contributions and healthcare services/benefits.

It proposed a payroll levy scale that started at 0.5 percent of a worker's income, which would increase to 1 percent in the second year and the full 2 percent by NHI's third year of operation. Similarly, it recommended phasing-in catastrophic illness diagnoses during the scheme's second and third years.

"Based on the challenges within the proposed framework and the questions surrounding its sustainability, it will not be surprising if some health insurers do not deem participation in the NHI scheme to be in their best interest based on their risk appetite," the BIA said.

"Private health insurers are subject to statutory solvency and capital requirements, which are determined by their financial strength. Is the NHI Authority proposing that all private health insurance companies will be forced to offer the SHB whether their business model and financial capability makes this a viable option or not?"

Of course $1,000 isn't going to be enough. They know this but they also know once its started we will all have no choice but to accept the increase.