Insight: Don't Be Fooled, 'Prove Your Status' Makes Us All Jean Rony 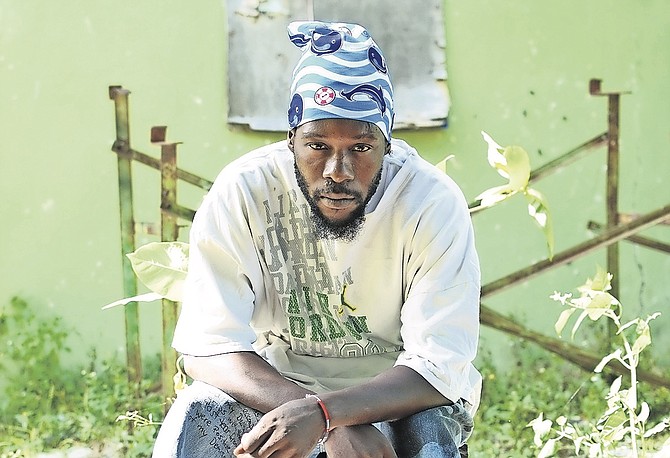 Jean Rony has committed no immigration nor other offence known to the law. Like most of us, he was “born” in the Bahamas and was exercising his constitutional right to move about freely when he was falsely arrested, illegally detained and expelled from the country.

This was a result of Fred Mitchell‘s 2014 “Prove you have status” and “produce papers” upon demand policy. Jean Rony was thereby presumed to be guilty of no known offence under the law. Because of Fred Mitchell (PLP) and now continuing with Brent Symonette (FNM), he was merely by policy, deemed born with original sin.

It can and will happen to any of us.

Fred Mitchell blessed The Bahamas by attributing original sin to every child born here of foreign parents. Thus, every child is born guilty, born an outlaw, born an illegal until they can obtain papers showing they have status. Yet, there is no law in The Bahamas which requires anyone to “prove” they have status. That is the big mischief here. Fred Mitchel, by illegal policy, turned the presumption of innocence upside down.

I challenge PM Minnis, Minister Symonette or Fred Mitchell to prove they are the person named on their birth certificate. How on earth does anyone prove that? If there is a suspicion of forgery or other offence then the police should take that person to court and prove their case.

Now however, every child is born with a presumption of having committed an offence (yet unknown to the law) simply by being born to foreign parents or simply parents with foreign sounding names.

Thus, every child is born guilty, born an outlaw, born an illegal until they can “prove“ [not even in a court of law... but to an immigration officer and the yellow bus picking them up at random] that they have “status” or until they “get papers”; and they languish at the detention centre until they do so, or until they are expelled illegally, like Jean Rony was.

Yet, when a person is convicted and pays a fine or does their time, nobody else in the family is imputed with the guilt or the conviction of that person. The conviction doesn’t follow that person forever making that person forever an outlaw, an outcast, and doesn’t marginalise the person outside of society. That is what is wrong with the whole concept of having to have “papers” and prove you have “status”.

Such a law would be unconstitutional in a society that presumes everyone innocent until proven guilty in a court of law. We should fear Attorney General Carl Bethel and Minister Symonette’s new “National Identity law” they are cooking up to serve Parliament. They say the Immigration Act is to be dramatically amended. They intend to go one step further to create an independent national identity certificate, for every person in the Bahamas, as they recently did in Jamaica and India, to prove ones identity, foreign or not.

Woe betide you if you do not have it with you when Immigration stop you on the street or raid your home; not just in shanty towns where the alleged illegals live. The government will doubtless start building several other concentration camps to hold any person without “papers”.

A person is not going to be able to get a “national identity card” unless they have been granted some kind of permanent residency or citizenship or other immigration status. People (not just Haitians) will be guilty of an offence of “not having an identity”.

This will deprive all of us, not just the Jean Ronys, of our presumption of innocence and also the constitutional presumption of people being citizens. Take me as an example. I am a citizen by virtue of Article 3 (1) in the constitution, even though I was born in Haiti. I have no paper from the government to say I am a citizen of The Bahamas. Nor do I need one (except for the fear of being picked up at random by Immigration). Most Bahamian citizens are citizens by virtue of Article 6 because they were born in The Bahamas (of allegedly Bahamian parents), or are entitled to apply for citizenship under Article 7 and receive it.

Yet, Fred Mitchell and Brent Symonette have deprived people of these rights without even passing a law. They perpetuate an illegal policy whereby Immigration, defence force and police randomly pick people up and if they don’t have “papers” or they can’t prove their “status”, treated worse than a convicted criminal, illegally detained for years and eventually expelled.

They cannot work; earn a living; receive education; medical treatment; get married; get birth certificates; travel between the islands; get a US visa; get a driver’s licence; own a home; get a business licence or provide for their families; they can only turn in frustration and eventually to violence and rebellion.

This is Fred Mitchel’s blessing to The Bahamas.

And this is the constitutional anathema that PM Minnis and Symonette continue to propagate in following in Fred Mitchell‘s footsteps by declaring “Get Your Papers Straight or Get Out” Policy in October 2017.

As terrible as they were, even AD Hannah, Barbara Pierre and Loftus Roker never did this to the people of The Bahamas. The new FNM has become even more aggressive about having “papers” than the PLP under Fred Mitchell. True to form, the FNM are now going to legislate the creation of Children Born with Original Sin and Guilt.

Be careful Bahamas, because this will not only apply to immigrants.

Both the PLP and the FNM politicians such as Fred Mitchell and Brent Symonette have so managed to distract us with the “Haitian boogie man” that we are not seeing they are taking away our right to the presumption of innocence, as they rabble rouse us to “Hunt the Haitian without papers”. The new immigration Symonette Strike force will be empowered by law to stop, search, interrogate and detain people at random and for indefinite periods until they can prove their “status”.

And this will apply to every single person in The Bahamas whether their parents came here as immigrants, legally or illegally, and whatever your constitutional right to citizenship might be. If you don’t have a “paper” in your hand to prove to the man in the green battle fatigues with the gun and a dog that you have “status”, then you’re going to be locked up!

This is how I grew up in Haiti. This is what every person in Haiti was subjected to. And this is why I fight so hard, in My Bahamas, to make sure Our Bahamas does NOT become a Little Haiti.

Fred Mitchell and the FNM will have successfully converted the presumption of innocence to a presumption of guilt! One day, you too will suffer the same fate as Jean Rony Jean -Charles. Not being able to “prove your status” on the street, on a bus, on demand. Not having “papers”, even though there is no law that says you have to prove your status or have papers

Do NOT forgive them Lord, For they Know What They Do!

Both stories are printed on the same day. the sisters story and this story. very interesting.

Mr Smith is trying to introduce Haitian privilege as if something is owed to them. I'm sure he does not travel without a passport, or overstay his visa simply to challenge the laws of a foreign land. It is irresponsible of him to encourage this in the Bahamas knowing the government has the right to question or detain anyone suspected of being illegal.

For clarification. The right to detain is based on more than mere suspicion. There must be reasonable cause. The word "reasonable" is a legal term and is not as easy as most people interpret it.

Which laws say what is "reasonable" suspicion by a trained officer? The powers bestowed on them permits their judgement call, to question and arrest if needed. They are better equipped to identify possible illegal persons, smugglers, sex traffickers than you or I. This faux outrage is only a means to protect the criminal act of entering and living illegally.

Is Jean-Rony-Charles-Jean a daddy? Just curious! I think I missed that tiny bit of information.

"A" daddy? He is more than likely responsible for at least 3 to 5 children which are all more Haitian dead weight for Bahamian taxpayers to carry!