DIANE PHILLIPS: Dusting off the covers to reveal the memories hidden beneath

Every time I get into one of those frenzies known as the immediate need to de-clutter, I stop cold at one room where history lives. It’s a small room that doesn’t really have a name but seems to hold everything that doesn’t fit anywhere else. In a simpler life, we all used to have drawers like that, the place where we tossed scissors and tape and the green wire ties that we use to tie whatever together.

There’s a pretty comfy sofa in the room, a sofa that no longer fits into the living room; there’s an all-in-one washer-dryer and the modem and router that operate the internet. There’s a small, mostly outdated sound system and a large book and whatnot piece of furniture that takes up a whole wall. It’s filled with photographs and letters and children’s school projects and report cards.

And at the bottom space of this wall of packed memories is a stretch of attractive tile floor that has never seen the light of day. It’s about six feet long and about 24 inches high and it’s where our vinyl records are stored. Decades have passed since we last played one. Perhaps it was Barbra Streisand’s A Christmas Album or a Bee Gees album with Stayin’ Alive, from the John Travolta movie Saturday Night Fever. Supposedly Stayin’ Alive is the happiest song ever written as measured by the sparks it triggers in the happy part of your brain.

The point is it’s been so long since we played one of those records I can’t remember what was the last one or when we finally tossed the old non-working turntable out. But every time I look at the stack of albums standing upright in their designated space - like retired soldiers without a purpose -and think should I just toss them, I can’t. 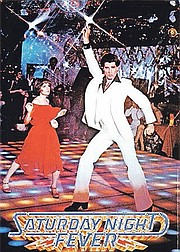 Maybe it’s the covers. Like the one with JFK speaking in Profiles in Courage or Elvis wrestling, squeezing every bit of sound out of that great big guitar and moving his mouth and hips like nobody’s watching. Or maybe it’s the faraway look on Carole King’s face on Tapestry or any of the many Beatles albums with the boys from Liverpool, right, who shocked us with their long hair and rocked the music world with their sound. It turns out we are not alone, my husband and I, when it comes to hanging on to those old records. Vintage vinyls are making a comeback. Forbes is projecting that 40 million long-playing records will sell this year. Turntables are back in stores like Best Buy. And collectors and ordinary folks are amping up the price of records, categorising them by condition – excellent, very good, near mint and good. No one ever admits to trying to sell ‘tattered’ or ‘a little worse for wear’ like most of these albums now are considering the fact that the fragility of vinyl pretty much led to it losing the battle to cassettes which lost the battle to compact discs in the 1980s.

It was not until I was in Houston recently that I realised the comeback of the long-playing vinyl record was real. There in a large book store that clearly served a nearby college for the up-and-comers of the medical capital of the universe. Within this book store was an entire department devoted to albums. Rows and rows of old records of every genre, jazz, blues, folk, instrumental, rock, vocal, gospel.

I flipped through and it was like travelling back in time and memory, recalling dancing to the Drifters, listening to Ella, singing along with Nina Simone, longing for the islands with Harry Belafonte. There it was – the magic. Looking at the face of the artist, touching the album, turning it over, seeing the lyrics in print or pulling out a special section about how the songs were created and the music produced. 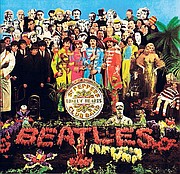 Johnny Cash at Folsom Prison may sound better on DVD than on a scratchy old album but we would never understand the suffering he endured if we had not first seen him on that album cover with his mouth twisted and the streaks of sweat pouring down the side of his face.

There are reports of rare, perfect condition albums going for ridiculous prices, the kind usually reserved for works of art. A numbered Beatles album that once belonged to Ringo Starr reportedly sold for nearly $800,000. Most of the albums that I saw in the Houston store were going for between $3 and $15.

It is not likely there will be a huge black market trade in old vinyl records or that reports of breaking and entering will consist of LP records among the list of stolen goods. But for those of us who grew up in the days of music when lyrics told a story you could remember and repeat - even if your voice was no match for the artist’s.

Keeping those old records is more than nostalgia. It is a matter of respect and a nod of approval to the effort and artistry that went into creating every album cover to cover, filling in the gaps that let us into the lives of those who gave us such joy through the music they shared.