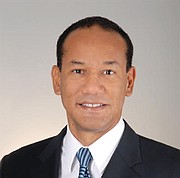 John Delaney, principal of the Delaney Partners law firm, told Tribune Business that The Bahamas would have to “navigate” potential lawsuits from the beneficial owners of existing International Business Companies (IBCs) and other entities which stand to lose tax breaks such as a 20-year stamp duty exemption.

He explained that existing legislation had given such investors/entities a “legitimate expectation” that they would enjoy these preferential incentives, which are not available to Bahamians in the domestic economy, for their full duration.

However, the need to comply with the European Union’s (EU) anti-tax evasion/avoidance drive means that The Bahamas has to eliminate all such “ring fencing”, or preferential tax regimes for non-resident entities and foreign investors that are not offered to their Bahamian counterparts.

And, despite the Government’s efforts to secure a longer transition period, the Removal of Preferential Exemptions Bill 2018 only allows existing IBCs, Investment Condominiums (ICONs) and Exempted Limited Partnerships (ELPs) to maintain their special investment incentives - such as the flat $300 business licence fee - for a further three years.

This effectively means that all IBCs incorporated from 2002 onwards will not enjoy the 20-year stamp duty waiver their beneficial owners will have anticipated. Mr Delaney, going so far as to suggest existing Bahamian law may have given investors a “vested right” to such benefits, highlighted the potential legal peril that awaits the Government as a result.

“The question mark is around already existing IBCs that have the benefit of existing rights of legitimate expectation that [these incentives will last] longer than three years,” he told Tribune Business. “Shortening that to three years will likely give rise to some legal issues that will have to be navigated.

Mr Delaney said the Removal of Preferential Exemptions Bill’s objectives were “quite clear”, and the removal of preferential exemptions from newly-incorporated Bahamian-domiciled corporate entities was “logical enough” as The Bahamas bids to avoid the EU’s threatened “blacklisting” and meet its demands by December 31.

While the three-year transition period might be long enough for some foreign investors to adjust, but not others, Mr Delaney reiterated that the potential legal complications could prove troubling.

“Certainly first impressions are that persons have had a legitimate expectation that the legally-afforded exemptions in statute, and which have vested in them certain rights, to come behind and remove it on the face of it gives rise to difficult legal challenges that have to be navigated and tested,” he told this newspaper.

However, Mr Delaney, who had previously expressed concern over the Government’s plans to create a centralised Beneficial Ownership Registry, said the Bill tabled in Parliament appeared to be closer to his suggestion that The Bahamas simply use and expand its existing regulatory regime that requires registered agents to keep ownership details on all entities they act for.

The Government had previously proposed creating a single Registry, off-Internet and only accessible to persons designated by the authorities and financial services regulators. The Bill tabled Parliament, though, calls for the creation of “a secure search system” that will provide access to a beneficial ownership database maintained by every Bahamian registered agent.

Mr Delaney described this as a “more efficient” and “more workable” solution than the one initially proposed, and said: “I see improvement has been made around the issue of a Registry of Beneficial Ownership.

“That has moved in a way in which it seems that reliance is going to be placed on registered agents, and a regime will be in place through which designated persons from the competent authority can make use of registered agents’ obligation to keep beneficial ownership information,” he added.

“It seems that the draft evolved to where they’re bolting on to the already understood duties of registered agents who are either licensed financial and corporate services providers or bank and trust companies.”

Mr Delaney said registered agents outside these regimes, such as lawyers whose offices acted as the address for domestic companies, will now face the same duties, while the Bill had gone “all the way up” in defining ‘beneficial owner’ as the ultimate owner of a Bahamian-domiciled corporate vehicle.

“It requires the registered agent to keep the database, and the data a registered agent has will somehow be made available to this search system,” he told Tribune Business. “I think it’s more workable because it’s more efficient and it’s more practical than the original draft regime.”

The former attorney general said it was now critical for the Bill’s regulations to be published as soon as possible, as this will set out how the Beneficial Ownership regime is to work in practice and the timeline for its implementation.

Despite fears that compliance with the EU and Organisation for Economic Co-Operation and Development’s (OECD) demands will result in further contraction for the Bahamian financial services industry, Mr Delaney agreed with K P Turnquest, deputy prime minister, that it represented an opportunity to attract more business and jobs to this nation.

He cited the Commercial Entities (Substance Requirements) Bill, in particular, which establishes an ‘economic substance’ regime that effectively requires companies to have a physical presence - and do ‘real business’ - in The Bahamas.

“I would agree that it might first appear to be a very active and disruptive event to business as we know it,” Mr Delaney told Tribune Business, “and some might be inclined to think everything is negative in impact, and that’s not necessarily the case.

“I’ve been around long enough to know that in 2000 people thought we’d have to be turning off the light, and that was not quite the case. The industry was able to evolve and even mature in ways now recognised as beneficial.

“There is real opportunity for that in this case, and as a jurisdiction and industry we need to be alert, we need to be entrepreneurial and embrace the opportunity to have real, substantive economic activity transpiring in our jurisdiction that has the possibility of having a far greater multiplier effect on our economy.”

Mr Delaney said the Commercial Enterprises Act was one tool that the Bahamas now possesses to “promote or facilitate the establishment of businesses in The Bahamas” with a physical presence.

Does anyone now how much The Bahamas actually benefits by allowing all of these foreign enterprises the tax freedoms they enjoy, as opposed to levying reasonable fees on such firms, equitable to those levied on Bahamian business? One would think both 'sides' would still come out ahead if this were the case.

Further, at some point in time the EU and like financial piranhas should be challenged for expecting other countries (always smaller) to abide by regulations they do not adhere to in their own countries. It's all about their own insatiable greed.

they only give away benefits to foreigeners, so ubder new rules, same benefits would be available to bahamaians.

otoh, the real fun will be when bahamians in the economically depressed family islands will have to pay property tax. so the poor fella who has 10 acres of generation land will have to pay 40 thou a year while living below poverty line.