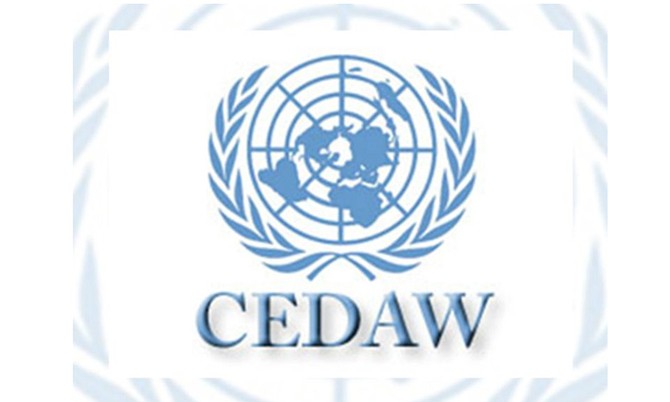 THE country’s failed gender equality referenda was put in the spotlight as activists delivered their shadow report on the country’s efforts to eliminate all forms of discrimination against women.

The oral submissions were delivered by NGO advocates Erin Greene, Alicia Wallace, and Noelle Nicolls at the 71st Session of the committee on the Convention on the Elimination of All Forms of Discrimination Against Women (CEDAW) in Geneva, Switzerland.

The Bahamas government will have its state review before the CEDAW committee on Thursday.

“Many citizens have never heard of CEDAW or, when they did, it was framed as an international agenda and attack on sovereignty,” Ms Wallace, of Equality Bahamas, said.

“This narrative is dangerous, as is successive administrations’ decisions to take particular actions in international spaces, failing to communicate them to citizens.”

Ms Wallace recalled the government’s response to the UN special rapporteur on violence against women’s visit to The Bahamas in 2017, and former Minister of Social Services and Community Development Lanisha Rolle’s depiction of marital rape as a private issue.

“The state must give particular attention to the most vulnerable women,” Ms Wallace continued. “There are women experiencing poverty, who are differently-abled, who are members of the LBTQ+ community, and who are migrant workers. They are at the highest risk of discrimination and violence and have the least access to social and legal protection.

“It is unacceptable to put rights of minorities to a majority vote,” Ms Wallace added.

For her part, Ms Greene highlighted discriminatory aspects of the 2016 gender equality referendum. She noted the government only consulted with “the church,” and after doing so added a provision to a constitutional amendment bill defining sex as male or female only, “with the intent of reinforcing harmful patriarchal stereotypes around gender roles and norms.”

“In the 2016 gender equality referendum, an exercise to entrench the principle of non-discrimination on the basis of sex in the constitution, the state tabled a bill that would have invisibilised and erased both politically and legally, LGBT people, intersex people, transgender people and gender non-conforming people.

“Essentially discriminating against the groups most vulnerable to sex based discrimination, in an exercise to ensure that no-one is discriminated against on the basis of sex.

“Defining sex as male or female only, excludes anyone that does not adhere to strict gender norms from constitutional and legal protections. It creates a hostile political and social environment for intersex people, trans people and gender non-conforming people.”

Ms Greene alleged the move was an intentional effort to create a barrier to the recognition and advancement of the rights of sexual minorities, intersex people, trans people and gender non-conforming people. She also said the attempt was supported and assisted by the vast majority of women’s rights and LGBTI rights advocates engaged in the exercise.

“For example,” Ms Green said, “the needs and concerns of elderly women, sexual minorities, religious minorities and differently abled women and girls, within migrant communities, are not addressed at the state level.”

Ms Greene called for the establishment of a National Human Rights Institute, as well as enacting hate speech and hate crime legislation.

Ms Nicolls, who delivered her oral statement on behalf of the Bahamas Crisis Centre, highlighted the two failed gender equality referenda and urged the government to create “a transformative and inclusive bi-partisan solution”. She said the political process has become a barrier to the advancement of women, and pointed to structural and capacity caps that have reportedly crippled national machinery.

Ms Nicolls said there was no justification for the government’s delay in implementing the UN’s Strategic Plan, as it related to gender-based violence.

“There has been instability in leadership and a lack of continuity in the work,” Ms Nicolls stated. “This prevents substantive progress from advancing on too many issues. Countless reports, plans, policies and programmes have limped along feebly, including the National Gender Policy, the Strategic Plan to Address Gender Based Violence, and the innovative RISE programme.

“The committee may have already noted: The state was unable to report substantive progress on these urgent matters. We cannot be satisfied with cosmetic or superficial actions, no matter how well intentioned.

“Without an honest assessment by the state of its weaknesses, including the need for institutional strengthening, research and data collection, and gender mainstreaming within the national machinery itself, women will continue to be shortchanged in areas of critical importance.”