Miller-Uibo Nominated For Athlete Of The Year 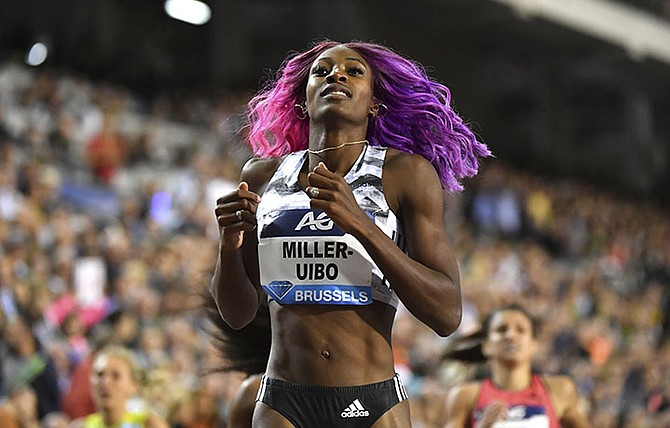 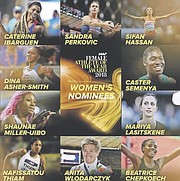 In what has been a "fun year" with the focus more on the 200 metres, Shaunae Miller-Uibo has emerged as one of the nominees for the International Amateur Athletic Federation (IAAF) Female Athlete of the Year award.

On Monday, Miller-Uibo was on a list of 10 athletes selected by an international panel of athletics executives, made up of representatives from all six continental areas of the IAAF.

Based on a voting procedure, the winner will be announced during the IAAF Athletics Awards 2018 in Monaco on Tuesday, December 4.

"I feel really blessed to be nominated for the award against such amazing athletes," said Miller-Uibo, who produced an unbeaten season as she focused her attention on the half-lap race.

Claude Bryan, the chief executive officer for On Track Management Inc, the managing group for Miller-Uibo, said this is a "positive nod in the direction of SMU (Shaunae Miller-Uibo), her family, support group, coach and physio.

"For On Track Management, with Veronica Campbell-Brown and Omar McLeod previously cited with top 10 nominations, it's confirmation that we are on track."

Miller-Uibo, who competed in five events in 15 races, inclusive of 13 finals and two preliminaries, was successful in her campaign this year. She also produced a world lead and three wins in the 400m with the world's fastest time since 2006 of 48.97 seconds in erasing Tonique Williams' Bahamas national 400m record of 49.07.

"The ladies sure turned up in 2018 with notable efforts from an outstanding group of women," Bryan reflected. "SMU has a very good chance. If this was a game of poker, I would sure like my hand."

To add to her résumé this year, Miller-Uibo won the gold at the Commonwealth Games in the Gold Coast, Australia and clinched the IAAF Diamond League title in the 200m and the same feat and on both the 4 x 100 and the mixed gender 4 x 400m relay at the IAAF Continental Cup as a member of the Americas team

"This season has been nothing short of amazing and I can only give God all the thanks and praise for allowing me to achieve all that I have in my career," Miller-Uibo pointed out.

"Breaking the 49 second battier, I must say has been the most memorable moment for me of the season and then of course managing to stay undefeated."

Whether she win or not, Miller-Uibo said her performance will only serve as the impetus for her for the 2019 season.

"I'm really happy with how this season went and I can't wait to see what God has in store for me in the upcoming season," she projected.

"Unbeaten, two world best, a world leader and an all-time top ten effort," he stated. "It's a season for the ages and the ultimate icing on the cake would be the Female Athlete of the Year award."

The IAAF Council and the IAAF Family will cast their votes by email, while fans can vote online via the IAAF's social media platforms, including Facebook, Twitter and Instagram.

Only 25 percent of the votes will be tabled from the public, so there is an appeal for as many Bahamians to log on and cast their votes for Miller-Uibo before the deadline closes on November 12.

The IAAF Council will secure 50 % of the results, while the remaining 25 % will go to the IAAF Family.

Today, the IAAF will release the names of the men's nominees.

While they will wait for the final selection, Bryan said based on discussions that he had with SMU's coach Lance Brauman, the 24-year-old double Bahamian national record holder should be back in training camp next month in preparation for 2019.

"Obviously, the World Championships will be the primary focus as well as performing for her fans across the globe," he summed up.

Many, no doubt, will be watching to see if she can surpass her performances in 2018.