Groups Are Wary Of Disney Plan In Future 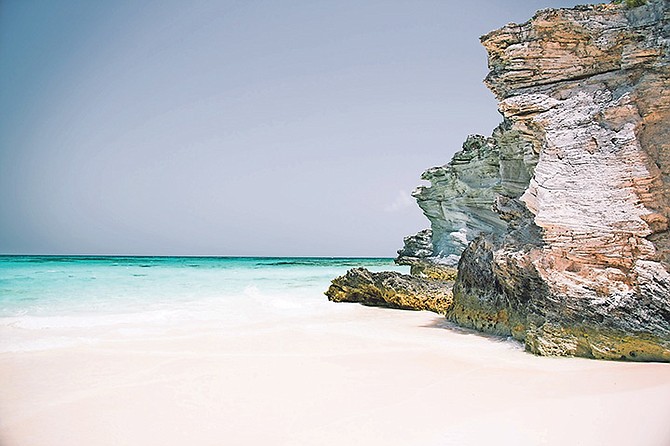 THE Bahamas National Trust and One Eleuthera Foundation are warning that although Disney Cruise Lines has said it has no immediate plans to block local access to the Lighthouse Point beach, “experience has taught” that such plans can be changed as development progresses.

In a statement released yesterday, the organisations reiterated calls for more sustainable development to occur at Lighthouse Point, the privately owned 700 hundred-acre peninsula at the southern tip of Eleuthera.

Noting there is already one cruise port established in South Eleuthera, the BNT and OE suggested Grand Bahama may be better suited for this initiative, as it “already boasts the necessary infrastructure needed to support such a massive development.”

An online petition to save Lighthouse Point has gathered more than 20,000 signatures, a feat the BNT and OE say sends “a clear message to the government that (it) should instead support a sustainable development option.”

Last week, BNT Executive Director Eric Carey said the public should continue to sign the petition and call for members of Parliament to support the initiative.

“The BNT and the Bahamas Chamber of Commerce have met with Disney representatives,” Mr Carey said. “Though we fully appreciate their intentions as well as the desire by our government to create jobs, Disney’s plan fails to create the kind of sustained employment opportunities which Bahamians want and deserve.

“With one cruise port already established in South Eleuthera, we question why we should pitch another floating skyscraper on this breath-taking beach.”

According to the statement, both the BNT and OE “remain concerned” about the loss of public access to an area “inextricably linked to the history and heritage” of Eleuthera.

OE CEO Shaun Ingraham told the media the site has a “deep connection” to the Bannerman Town community, which used to be the largest settlement on the island.

“While the developer has intimated no immediate plans to block local access to the beach, experience has taught us that such plans can, and are often changed as development plans progress,” the statement said.

“Consider the failed Ginn Project on Grand Bahama and the failed cruise port which devastated over 14 dive sites on the island of Bimini; the country’s recent investor history is littered with examples of projects – which promise the world – but fail to live up to the expectations set by developers.”

Mr Carey said the organisations are not advocating for the site to be “locked away” from any level of development. However, he called for Lighthouse Point and its surrounding areas to be converted into a national park that will provide sustainable employment, using the development model outlined in OE’s shared vision for the site.

“As citizens of this beautiful country, members of the various organisations fully understand the role that cruise tourism plays in the Bahamas, it has become apparent that this relationship needs to be reviewed and made more advantageous to the Bahamas.”

Disney has an abysmal history, going back on promises, not entering into agreements honestly and fully intending to be changing their word half way along. Exploring

See &lt;Two of Disney's Most Nightmarish Abandoned Parks – The ... www.the13thfloor.tv/.../exploring-two....

Jun 27, 2016 - Disney's Discovery Island - A former wildlife attraction in the heart of Disney ... When the park opened in 1974 it was called Treasure Island&gt;

The disgusting state that of the area used for filming the Pirates of the Caribbean in Grand Bahama and how their work has had a deleterious effect on tidal flow, beach erosion, broken down props and other unwanted refuse left behind. They cannot be believed or trusted. The way they treat properties in their own country and others shows that they have no business taking what is ours for their advantage and leaving people and places high and dry and in a foul state of repair. to suit their bottom line. They fired employees for saying telling guests that they used to cruise to Grand Bahama. These employees are paid bottom dollar and have been told that it doesn't matter if they go because there are ten people hungrily waiting just to have the job. This is how they treat their own. Do you think that they will treat those who aren't their own better? Not likely!

Disney's commitment is for money and not for the environment nor the people of Eleuthera. But this is the Bahamas, where deals are struck for short-term gains without long term considerations. Typical.

We used to have unspoiled hills out JFK, I hope the persons who got rich desecrating the land are happy with themselves

I witnessed the deplorable state of the once beautiful beach area in GB once filming of Pirates ended. Disney walked away without a care! Even now the area still bears the scars. We don't want a repeat of that scenario with another pristine Bahamian asset. Tell 'em to get lost!