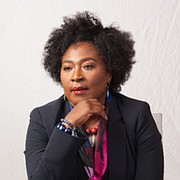 Longevity. Not your concern if you’re in your 20s right? Wrong. Living to 120 or 150 years old. Sounds absurd at best, or an obsession for the top one percent of the population, right? Wrong again. What if we thought of longevity (and preventing ageing) as living younger, longer and better?

The United Nations warns that population ageing will likely be the most significant social transformation of our time; and that it will impact all aspects of society from labour, financial, housing, and transportation markets to health and social protection. People aged 60 and over make up 13 percent of the global population; this sector of the population is growing at three percent a year, faster than all younger age groups.

In 2017, there are an estimated 962 million people aged 60 or over in the world. The number of older people in the world is projected to be 1.4 billion in 2030 and 2.1 billion in 2050, and could rise to 3.1 billion in 2100. The 65-and-older age group’s share of the total population will rise to nearly 24 percent from 15 percent representing nearly a quarter of the population by 2050 in all regions of the world except Africa.

Dr Aubrey de Grey is chief science officer of the SENS Research Foundation, vice president of New Technology Discovery at AgeX Therapeutics, Inc. Dr de Grey - one of the world’s leading experts and advocates of longevity, rejuvenation and ageing prevention - will be one of the plenary speakers at the 2018 Inaugural HEALinc Future Health Innovation Summit, October 7-9 at the Melia Hotel, in Nassau. I recently interviewed Dr de Grey on this subject.

“Prevention,” Dr de Grey explained “is a slightly dangerous word in the context of ageing because its accuracy depends on your perspective. Really, rejuvenation biotechnology (which is essentially regenerative medicine for ageing) is the sweet spot between prevention and treatment.”

As for whether rejuvenation is possible, Dr de Grey’s position mirrors mine. “The best proof’, he says “is the fact that we already do it, very successfully indeed, on simple man-made machines like vintage cars. The human body is far more complex, but it’s still a machine, so its function is determined by its structure, and preventative maintenance just restores that structure.”

Fair enough. What does this have to do with people their 20s, 30s, 40s and even 50s? Everything. Turns out, age is more than just a number. Your age is written in your immune system. You could be 21 years old but have the immune profile of a 60-year-old because of your diet and nutrition, your activity level, the level of toxicity you are exposed to due to your job, your genetics, your sleep patterns and more. Meaning, you might not have overt signs of sickness or disease at the moment, but you could headed in that direction faster than you might think.

Dr de Gray predicts we have a good chance of developing rejuvenation technologies that are good enough to repair people so that, for all intents and purposes, it will seem to their minds and bodies they have been taken back in time - ageing-wise - by a couple of decades.

We will be discussing optimal health as well as some of the research that is already talking place in The Bahamas to help people combat ageing frailty and live younger, longer and better at the 2018 HEALinc Future Health Innovation Summit.

Presenters on this subject include:

Registration for special one-day passes for the summit and special senior citizen discounts are available online using the promocode hfhs18seniors. Register on www.healincfuturehealthsummit.com.

Dr Desirée Cox (www.desireecox.com) is the founder and CEO of the 2018 Inaugural HEALinc Future Health Innovation Summit (www.healincfuturehealthsummit.com). She is the first Bahamian Rhodes Scholar and first female British Caribbean Rhodes Scholar, a medical doctor, creative artist and published author. She has earned degrees from McGill, Oxford and Cambridge Universities. Her career achievements include honours from Oxford University and the British Medical Journal. In 2013, a 70-cent stamp bearing her photograph was issued by The Bahamas Government.