Excuse Me, But Can I Hitch A Ride? 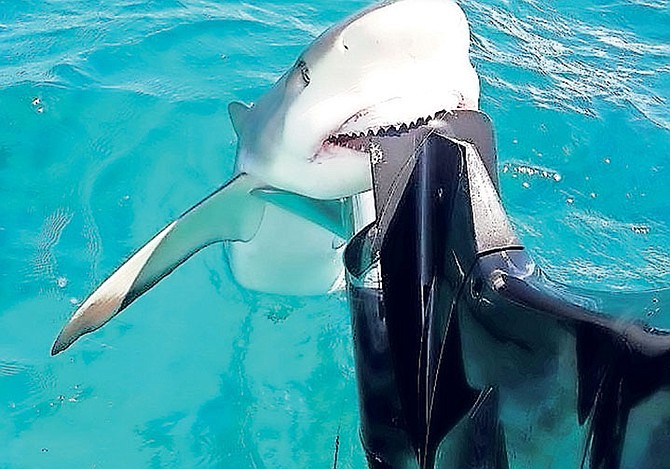 A Bahamian fisherman encountered a pleasant surprise when he discovered a 4ft long lemon shark clenching on the motor of his boat.

James Munroe, an Eleutheran resident, was fishing for barracudas off Current Island, Eleuthera when he realised the shark had bitten the bait from his fishing line.

The fisherman then cut the line to release the massive animal. The lemon shark then wrapped its jaw around the motor of his boat.

Mr Munroe raised the engine out of the water in an attempt to get the shark to release his grip but the shark refused to let go.

Mr Munroe said, "I was so shocked…I didn't expect that at all. I cut the line and shook the engine slightly and he came off."

He captured the unimaginable experience and posted the photo on his social media page. The Facebook post went viral and received over six thousand likes, 1.9 thousand comments, and 14 thousand shares.