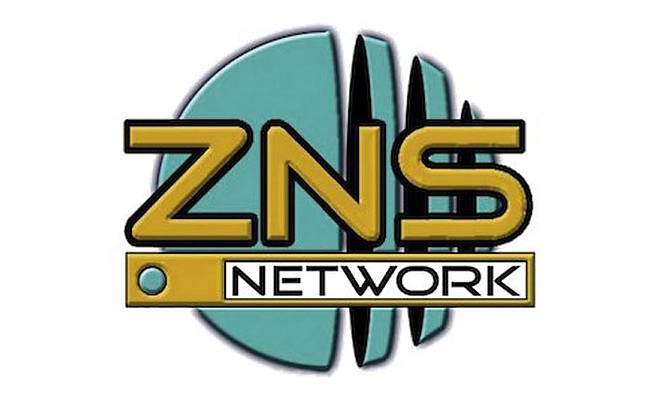 ZNS has been hit with a $542,000 damages claim for terminating a satellite leasing contract two years' early, Tribune Business can reveal.

Legal documents obtained by this newspaper reveal that the state-owned broadcaster is fighting a lawsuit initiated by New York-based Centrex Communications Corporation over the early severance of their five-year commercial deal that was agreed under the former Christie administration.

ZNS management, "citing budget cuts", sought to exit the contract on November 30, 2018, but Centrex is refusing to release the loss-making broadcaster from its alleged obligation to pay it $22,600 per month until the deal ends on December 31, 2020.

Alleging "breach of contract", it is urging a US court to order that ZNS pay it the remaining $542,000 balance owing plus interest, and reimburse its attorneys' fees and other costs. With ZNS due to receive a near-$8m subsidy this fiscal year, any judgment in favour of Centrex will likely have to be picked up by the Bahamian taxpayer - who is forecast to inject around $40m into the broadcaster over the five years to end-2020-2021.

However, ZNS's US attorneys have moved to switch Centrex's claim from the New York State Supreme Court to the southern New York federal court, filing a "notice of removal" to achieve this on Tuesday this week.

Mike Smith, chairman of ZNS' parent, the Broadcasting Corporation of The Bahamas (BCB), declined to comment on the brewing legal battle yesterday although he acknowledged the broadcaster was seeking to move it from state to federal court.

Kayleaser Deveaux-Isaacs, ZNS's general manager, did not respond to this newspaper's e-mail seeking comment before press time. However, the legal filings suggest that the state-owned broadcaster was seeking to extricate itself from a long-term deal that the Christie government effectively locked the Minnis administration into.

Documents obtained by Tribune Business reveal that ZNS's relationship with Centrex began under the last Ingraham administration when it agreed to lease satellite capacity from the US firm for transmission of its television programming.

The deal, signed on ZNS' behalf by then-general manager Edwin Lightbourn, featured a Master Service Agreement (MSA) that was accompanied by a Service Order setting out specifics of the agreement such as monthly rate, satellite and transponder bandwidth, and duration.

The initial deal saw ZNS pay $30,920 per month, or close to $372,000 per annum, for a one-year deal. After the Christie government took office in May 2012, Centrex alleged that the lease agreement was renewed for three years at a lesser rate of $26,400 per month.

"As a result of BCB failing to renew their contract at the expiration of the term ending December 31, 2015, the monthly rate increased to $33,000 per month, which was the applicable rate for a month-to-month agreement without a longer-term contract," Centrex alleged.

"In e-mails between the parties on or about February 9, 2016, Centrex presented various terms and payment options that BCB could choose from including a three-year term at $24,200 per month and a five-year term at $22,600 per month" or $271,200 annually.

ZNS ultimately opted for the longer term five-year deal at a lower rate, agreeing that it be retroactive to January 1, 2016, and last until December 31, 2020. The agreement was signed by Mr Lightbourn's successor, Diana Swann, but Centrex alleged that the first sign of impending problems came in late summer 2018.

"On September 3, 2018, the current general manager of the Broadcasting Corporation of The Bahamas, Kayleaser Deveaux-Isaacs, sent an e-mail to Centrex with a letter dated August 31, 2018, advising Centrex that BCB intended to end its contract for satellite services 'effective November 30, 2018', citing budget cuts," the lawsuit alleges.

BCB allegedly failed to make the payments due in October and November 2018, resulting in Centrex' attorneys sending it a "notice of termination" and demanding it pay in full the outstanding $587,600 balance due under the contract till year-end 2020.

The US company claimed ZNS' parent made two more monthly payments following receipt of the notice, the last of which was received on New Year's Eve 2018. No payment was made for January, which was due in advance on December 15, 2018, despite the BCB allegedly promising it "intended to continue making monthly payments 'until further notice'."

Centrex replied to the BCB on January 3, 2019, arguing that the two payments "did not cure the default" but offering to reinstate the contract if it received what was outstanding by mid-month along with a promise to resume timely payments until the contract's end.

"BCB never made any further payments, nor did they reaffirm the agreement or comply with any of the other demands made by Centrex," the US firm alleged. "As a direct result of defendant's breach of their contractual duties and obligations, Centrex has actually been damaged in an amount not less than $542,400."

Centrex's lawsuit makes clear why it may be especially eager to pursue its claim. For it reveals that it is a 'middle man' or broker for ZNS, as it actually leases the latter's satellite capacity on its behalf from another company, New Skies Satellites BV.

Centrex itself is locked into the lease deal with New Skies until December 31, 2020, making it imperative for the New York company to obtain payment from ZNS otherwise it will be forced to cough up itself.

Yep, this is precisely how the tax dollars of honest hard working taxpayers are squandered with each change of government. The incoming government doesn't even wait for existing contracts to expire anymore. They just get wrongfully terminated no matter the cost so that the next muck-a-muck aligned with the incoming government can hop on an altogether new gravy train.

This is what happens when our greedy, globally green politicians play with the big boys! It ain't pretty!