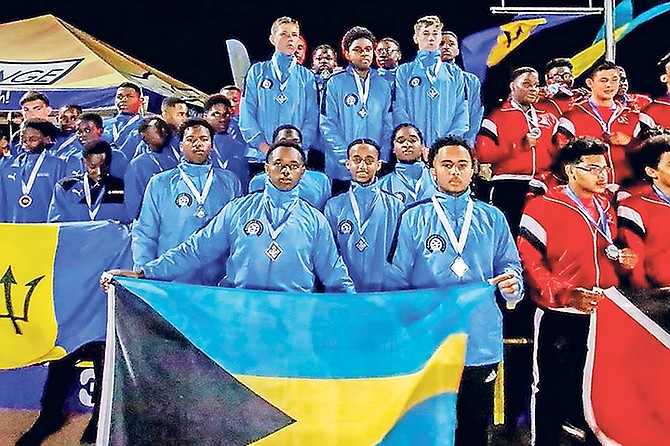 TEAM Bahamas continues to establish its position as a regional powerhouse in CARIFTA water polo and captured three medals at the event for the second consecutive year.

The Bahamas took gold in the under-16 boys, silver in the under-14 co-ed and bronze in the under-19 boys as the tournament concluded at the Aquatic Centre in Saint Michael, Barbados, on Sunday. The roster for the Bahamas’ trio of teams included: