Stateside: States’ Rights Could Signal Trouble Ahead For Trump 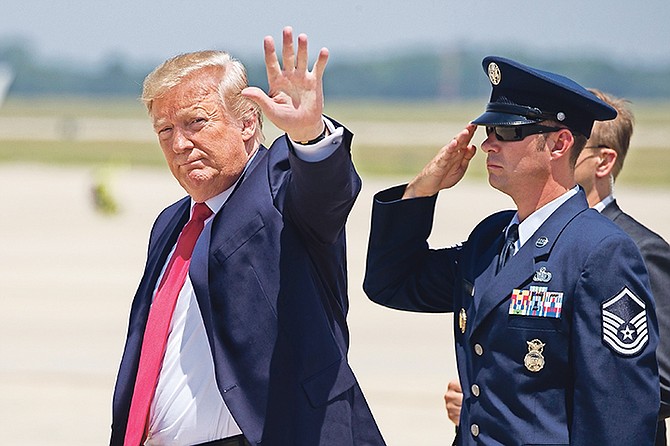 America is the United States of America. The 50 states all agreed, upon gaining entry into the confederation that is the USA, to subordinate their preferences in several areas to those of the federal government in Washington, DC. Areas often cited for exercise of this federal primacy are national defence, foreign affairs and intelligence operations. Other examples are maintenance and development of transportation networks such as federal roads and waterways.

While the US has generally withstood internal centrifugal forces over its 243 years that might threaten national unity, there have been some dramatic exceptions. Primary among these was the American Civil War of 1861-65, which featured the secession from the union of South Carolina, Mississippi, Florida, Alabama, Georgia, Louisiana and Texas. When the fighting actually began, these seven states were joined by Virginia, Arkansas, Tennessee and North Carolina. And during the war, shadow Confederate-leaning governments were formed in Kentucky and Missouri, but never actually gained control of those state governments.

Now, 155 years later, as the US begins to seriously prepare for next year’s elections, every one of those 13 Confederate or Confederacy-leaning states except Virginia helps form the core of the strength of the Republican party. Toss in some midwestern and intermountain states in the West and you have the GOP’s base.

Among the countless anomalies and incongruities of the era of US President Donald Trump is that a real estate developer from ultra-liberal New York City should sit atop the Republican Party. But it’s no surprise the GOP leader of the Senate is from Kentucky, nor that states of the old Confederacy have loyally and reflexively sent Republicans to the Senate since Lyndon Johnson dragged the Democratic Party away from the politics of segregation and Richard Nixon moved the Republicans into the resulting political vacuum.

Since Abraham Lincoln freed American slaves and enforced his decision by vanquishing the Confederacy in the Civil War, one of the most reliable code words for continued racial segregation in America’s Deep South has been “states’ rights”. States’ rights, or local options, cloaked de facto racial separation in education until the Supreme Court struck down those policies in 1954 in the case of Brown v. Board of Education. Civil and voting rights legislation passed by Congress under President Lyndon Johnson continued this progressive trend a decade later.

But now, in the chaotic era of Trump and his unfiltered racist Republican ascendancy, the forces of regression are threatening what most Americans thought was the end of racial disharmony when Barack Obama was elected president in 2008. And the issue of states’ rights is back at the centre of the debate.

As Trump relentlessly divides the country, though, the states’ rights issue is cutting both ways. The liberal Democratic states, just as reflexively loyal to their party as are the old Confederate states to the Republicans, have moved off in their own direction on the environment, and may veer away in other areas. Federal suzerainty over the states may get challenged as rarely before as a result.

States’ rights are now playing politically potent roles in three current disputes. Republicans in the Senate, led by “Moscow Mitch” McConnell (so called because he has rebuffed any effort to strengthen American voting security in the face of continued Russian attempts to subvert it), have refused to entertain any legislative reform after the Supreme Court ruled in 2013 that “preclearance” was outdated. Preclearance was a process enshrined in the 1965 Voting Rights Act that provided for federal oversight of states’ voting procedures, to ensure they did not discriminate against minorities. Since 2013, the states have been able to restrict minority voting in the U.S. without much, if any, federal interference.

But two California-led initiatives also challenge federal oversight, from a liberal perspective. First, California governor Gavin Newsom has just signed a bill barring from future elections any presidential or gubernatorial candidate who has not released the past five years of his or her tax returns. Trump is the obvious target here.

And California, with a dozen other states and four leading automakers including Ford, BMW, Volkswagen and Honda, has signed a pact binding all signatories to the Obama-era reduced emissions standards for automobiles. This is in direct defiance of Trump’s decision to weaken and delay those environmentally-friendly measures.

The California initiatives will face resolute legal challenges, but they might represent the beginnings of a real movement to resist federal policies some states feel are wrong and contrary to those states’ interests. States’ rights is rising again.

iI you are heading to Florida, watch out for the roads

Thinking about a late summer vacation in the US? You might be interested in a new survey of the safest and least safe states in America. An online outfit called wallethub.com rated Mississippi the least safe and Minnesota the safest. The states were rated in five broad areas: Personal and residential safety (violent crime); Financial safety (unemployment); Workplace safety; Environmental safety (climate-related disasters and losses), and Road safety (auto fatalities and high rates of uninsured drivers).

Taking the road safety index as most significant for Bahamian visitors to the US, four of the least safe states overall also had poor road safety marks. These states are Alabama, Texas, Mississippi and Florida. The Sunshine State also had one of the highest rates of uninsured drivers. If you want good odds for a safe vacation in your rental car, head for New England, where Massachusetts has the fewest auto fatalities and New Hampshire is also near the top in this category, or to the mountain west, where Utah and Wyoming have good road safety marks.

If your options are limited to Florida, watch out on the roads. But then, if you’ve experienced I-95 between West Palm Beach and Miami, you already knew that.

An eagle, golf clubs and some dollar bills

It was a routine appearance by Donald Trump. Appearing before a group of enthusiastic conservative high school students at an event sponsored by a right-leaning group called Turning Point USA, Trump regaled his appreciative audience for 80 minutes. Affixed to the presidential lectern, as is customary for such occasions, was the traditional presidential seal. Its centrepiece is a proud American bald eagle clutching arrows in one of its talons and an olive branch of peace in the other. Nothing unusual there. 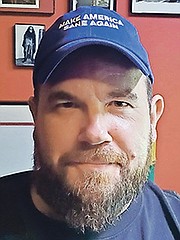 Displayed on a large screen behind the president on this recent occasion was a somewhat different version of the presidential seal, and it’s still not entirely clear how this new version came to be used as part of the president’s backdrop.

The “presidential seal” behind Trump featured a double-headed eagle that has long symbolised Russian power. In one of its talons was a collection of golf clubs; the other talon grasped a fistful of greenback dollars. The logos of two of Trump’s Scottish golf clubs were prominently displayed.

The phoney presidential seal had been designed a couple of years ago by a disillusioned online store owner named Charles Leazott. Contacted by the New York Times, Leazott admitted he had designed the fake seal incorporating “every petty little thing I could think of. Trump has been driving me bananas with his policies.”

When he noticed his handiwork displayed behind the president, Leazott said that “it made my day”.

At least one staffer associated with the event experienced a different outcome. He was fired the next day.

There hasn’t been too much talk about it lately, but Boeing’s decision to ground its commercial fleet of 737 MAX jets remains in effect, and continues to have a major influence on the flight operations of the largest US carrier, Southwest, as well as two of the biggest “legacy” carriers in American and United Airlines. No end to the continuing review of the problematical jet is in sight, and federal authorities in Washington have set no deadline for a decision on when or even if the planes can return to the air.

Some news outlets are reporting the American Federal Aviation Administration’s oversight of the troubled jetliner has been flawed almost since the 737 MAX began flying, and that FAA investigators did not really understand the control systems whose failures led to the tragic crashes in Ethiopia and Indonesia.

Meantime, an estimated $30 billion worth of airliners sit grounded at Boeing headquarters in Seattle, with production of the planes already reduced by over 20 percent and company officials suggesting if delays continue too much longer, the entire production lines for the 737 MAX may be temporarily – or permanently – shut down. If that happens, the ripple effects will be felt in several key sectors of the US economy.

Airlines other than Southwest, United and American have reportedly not been directly affected so far by Boeing’s troubles with its 737 MAX.