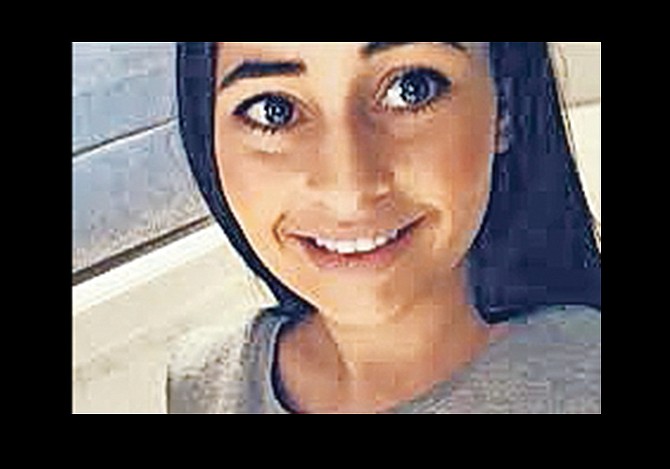 The last known social interaction of South African Carla Van Eeden, who was found hanging in a hotel room in Atlantis, involved a “dispute” with an unknown couple over paying for drinks, Atlantis employees have testified.

Obadiah Charlton, an attendant at The Cove pool, and Lashunda Higgs, a cocktail server, both said Ms Van Eeden and the couple were at odds over who would pay for the latter’s round of shots.

And the woman in the couple allegedly bore some animosity towards Ms Van Eeden for not wanting to pay for her and her male partner’s drinks.

According to Ms Higgs and Mr Charlton, while Ms Van Eeden was steadfast about paying for her own drinks and not theirs, the couple—particularly the woman, somehow figured Ms Van Eeden would foot the bill.

The matter didn’t escalate, as when Ms Higgs let the couple know that Ms Van Eeden specifically instructed her not to place their drinks on her tab, the girlfriend looked at Ms Van Eeden and simply said “okay”, and paid for her and her partner’s drinks.

But that “okay”, though seemingly pleasant, had a hidden meaning, Ms Higgs said, and was one that was laced with “displeasure”.

Nonetheless, both Ms Higgs and Mr Charlton said during her time at The Cove Pool, Ms Van Eeden gave off no signs of depression, and instead appeared to be “normal”.

Ms Higgs’ and Mr Charlton’s testimony came during an inquest into Ms Van Eeden’s death in room 3583 at the Royal Towers at Atlantis in May 2018.

At 4:38pm she left the pool alone with a drink in her hand. She arrived at her room at 5:11. According to Mr Buhrmaster, Ms Van Eeden appeared to be slightly impaired as she walked down the hall to her room. Nonetheless, he said from 5:11, no one was seen leaving or entering Ms Van Eeden’s room.

She was found hanged by Royal Towers Hotel Manager Bennett Allen and Lisa Ferguson, a security supervisor days later in the early morning hours of May 17.

Taking the witness stand before Her Majesty’s Coroner Jeanine Weech-Gomez, Mr Charlton said when Ms Van Eeden arrived at the pool at 12:11pm on May 15, he assisted her in finding a seat, which took about two to three minutes. During that time, Mr Charlton said he struck up a brief conversation with the 25-year-old.

He said he asked if anyone else would be joining her at the pool, to which she replied by indicating that she was there by herself. Mr Charlton said he replied by stating that it was unusual for a woman to travel to such a resort by herself. In response to that, he said Ms Van Eeden told him she had just gone through a bad breakup with her boyfriend, and that she just wanted to “get away”.

According to the evidence previously led, Ms Van Eeden broke up with her ex-boyfriend Tom the month prior, and had also expressed some unhappiness in working on the yacht they both worked on. However, Ms Van Eeden’s good friend Lauren Burke has testified that the break-up with Tom was not all that damaging, as the former couple continued to speak and were still friendly towards each other.

Nonetheless, Ms Burke also conceded that the break-up with Tom was one of the reasons Ms Van Eeden attributed to her unhappiness on the yacht, and suggested that it would have probably helped ease the break-up if she didn’t work and live with Tom and see him every day.

Back to Mr Charlton’s testimony, he said when Ms Van Eeden told him about her recent break-up, she was “heavily” engrossed in being on her cellphone. As a result, he said he put two and two together and figured that she must have been talking to her ex-boyfriend. Thus, he said kept his distance and busied himself with greeting other guests as they came to the pool.

Mr Charlton said whenever Ms Van Eeden would come off the phone, he would check on her by asking if everything was okay. He said Ms Van Eeden would respond in the affirmative, and gave no indication that anything was out of the ordinary. Conversely, he said she seemed “normal” and didn’t come off as depressed, much less heartbroken.

Ms Higgs, when she took the witness stand, said she first noticed Ms Van Eeden at the Beach Bar. Ms Higgs, who works at the Sip Sip restaurant, said the young woman ordered drinks then sat on her station. Afterwards, Ms Higgs said Ms Van Eeden approached her and asked for a Vodka and a club soda. She said Ms Van Eeden subsequently produced her room key and said she wanted to run a tab.

Ms Higgs said at some point, Ms Van Eeden met a couple, an African-American man and a woman who appeared “mixed”, that had also joined her station. She said that from her perspective, Ms Van Eeden was having a good time with the couple, and vice versa.

Ms Higgs said she replied by saying she was instructed by Ms Van Eeden not to put their drinks on her tab, something she said “shocked” the other woman. After that, Ms Higgs said the woman looked at Ms Van Eeden, then turned to her, shrugged slightly and said: “Okay”. Then, she paid for her and her partner’s drinks.

However, in response to a question by Crown prosecutor Anishka Missick, who is marshalling the evidence in the matter, Ms Higgs said based on her observation of the woman's body language, and her knowing how women think, the woman's “okay” actually meant: “You was drinking with me all day, I bought you drinks. What you mean you can’t buy one or two shots for me?”

According to the evidence, Ms Van Eeden left the pool about 30 minutes before the couple did. Before she left, she thanked and hugged Ms Higgs.

To that end, Ms Higgs said she was “shocked” when she learned that Ms Van Eeden had died, allegedly as a result of suicide, as the young woman gave off no signs of internal distress.

“She just played everything so normal,” Ms Higgs said.

The same was true for Mr Charlton, who said the news of her death was shocking “because I didn’t think she would kill herself”.