Stateside: Amid Conspiracies And Crises, A Reality Check On The World Today 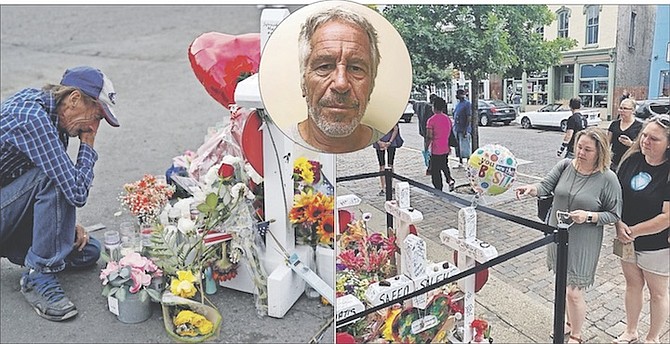 It’s so hard to keep everything straight in Washington, DC these days.

The Jeffrey Epstein apparent suicide has spawned a shocking, but probably predictable, defence by President Trump of his well-chronicled relationship with the accused sex trafficker. Bill Clinton clearly knew Epstein as well, so characteristically, the president is pushing hard to circulate that part of this sordid narrative.

Epstein’s death will likely join the assassination of President John F Kennedy in 1963 and the apparent suicide in 1993 of White House adviser and rumoured Hillary Clinton lover Vince Foster on a parkway outside Washington on a lengthening list of scandals and conspiracy theories that seem to have no expiration date.

Elsewhere, shooting massacres in Ohio, Texas and California have again brought gun control to the front pages, and questions abound anew about whether the American Congress can muster the fortitude to resist the increasingly beleaguered National Rifle Association and pass significant gun control legislation. Many politicians of both parties probably hope that the furore subsides during the August heat and that they can focus more clearly on their own re-election campaigns without this politically inconvenient distraction.

A potentially catastrophic nuclear accident in northwest Russia has spawned growing fears of a calamitous threat to human life in that remote part of the world. Few observers can have any real confidence in the ability of Vladimir Putin’s government to manage such a tragedy safely or honestly, so this story may grow as time passes.

With so many serious and mind-blowing events on our front pages and televisions and in our computers every day, it’s hard to imagine trying to focus on big political, economic and societal trends in our chaotic and interconnected world, but Robin Wright is trying to do just that. 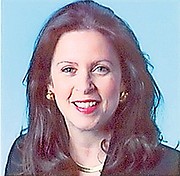 This Robin Wright, pictured right, is a widely acclaimed journalist, author and deep thinker who has graduated from sophisticated foreign political commentary to book authorship to residency at the prestigious Woodrow Wilson Centre in Washington, DC. For many years, she reported from overseas for the Washington Post, concentrating on the Middle East. She has long maintained a solid reputation for objective and insightful reporting and thinking.

Wright came to town the other day and spoke about the future of the world. Strap yourselves in. There’s some heavy stuff coming your way.

Listening to her was a hopeful reminder that some people can still try to see the big picture, though there was more challenge than reassurance in her remarks. Here are some of the facets of her version of the big picture:

1 We are all living today in a global environment of perpetual disruption. This is not about politics. It’s more a function of not having time to process the effects of political, economic and military trauma. For example, Wright discussed the years just after the global scourge of World War II. Generally, until the explosion of the Korean War several years after World War II, the world had the luxury of relative peace. And the United Nations, the UN Declaration of Human Rights, the World Bank, the International Monetary Fund, the North Atlantic Treaty Organization were among the world’s achievements during that hiatus.

Now, Wright said, the world lacks the time for thoughtful leadership. And the pace of events and communications creates an environment where thoughtful leadership is neither fostered nor observed. Forget about thoughtless Trump and Boris Johnson for the moment. Consider how harried, distracted and harassed the thoughtful Angela Merkel was forced to become in Germany.

2 Wright said we are presently witnessing the biggest world re-ordering since the transition of medieval city states to nation states many centuries ago. In the 20th Century, the great empires of England, France, many other European nations – and Russia – fell or were severely reduced. There was a proliferation of new countries. During roughly the last half of the last century, the number of independent nations rose from 51 to 193.

Despite Trump’s insistence on America First, Wright said the reality is the world is now defined by blocs and other regional groupings. Despite the contradictory example of Brexit, commerce and security are leading us all away from individual, autonomous national behaviour toward the 21st Century reality of being part of something larger than a single nation-state. Look for example at NATO: from its 12 original members, the alliance now embraces 29 nations.

3 The barometers of power in the world are shifting. This affects all nations, including America, to distinct but varying degrees. The endurance of nations will be defined more by connectedness than other factors. Speedy and secure access to information will be a paramount factor in national power. Adaptability to rapid change may replace more traditional indices of strength in international relations.

Wright has done much of her most celebrated reporting on and from Iran. She has thus gained considerable unfavourable notoriety there. She wryly noted the Iranian Revolutionary Guard (the military support for the Ayatollah’s continuing rule) had hacked her Facebook, Twitter and Department of Motor Vehicles accounts!

She cited the example of Tunisia in making her case about the importance of nimbleness and agility for nations. In 2011, Tunisia was the setting for the birth of the Arab Spring. Despite that small nation’s passage of a new constitution assuring women’s rights and other regionally unprecedented freedoms, by 2016 Tunisia was supplying the most recruits to anarchic ISIS. The Tunisian political structure could simply not keep up with the pace of progress in the country, and disillusionment resulted.

4 The nature of warfare is changing. Conflicts in the 21st Century are far more likely to be contested between nation states and non-state actors like militias or ISIS and the Taliban. And in that context, what does winning a war look like? Wright pointed out that while the ISIS caliphate which once spanned parts of Iraq and Syria is no more, ISIS as an underground movement lives on and is gaining strength. Did the US and its allies win against this non-state actor? The jury is still out on this one.

Israel, Wright said, has not fought a conventional war since 1973. The US, often at war somewhere in the world, has fought only one quasi-traditional war (Vietnam) in the 66 years since the end of the conflict in Korea. There is more anxiety in Israel and the West over suicide bombs than about conventional military conflict.

5 Our traditional beliefs about liberal democracy and our way of life have been seriously challenged and weakened – despite the proliferation of democratic governments in the world. Wright said coups and insurgencies had toppled dozens of democracies between 1946 and 1999. In fact, she said 64 democracies around the world had collapsed during that period of American hegemony. Democracies are dying everywhere, often with the active support of leaders, courts and legislatures that were democratically chosen. She pointed to what she described as the death of democracy by election in such varied nations as Turkey, Poland and Nicaragua. Wright recalled that Hugo Chavez was chosen democratically in Venezuela.

This all adds up to a view that populism is a formidable foe of democracy in our world today. People want rights, not responsibility, Wright said. This lazy choice leads eventually to the withdrawal by central authority of those precious coveted individual rights. The result is autocracy.

Wright pointed out that two-thirds of the highest per-capita income nations are now autocracies. Authoritarian capitalism is corrupting us, and technology gives its purveyors the means to do so more rapidly than ever before.

Whether you agree with her or not, Wright paints a bleak, stark picture of contemporary worldwide trends. It seems wise to heed her words. Her American audiences would do well to pay particular attention in the coming 15 months before the U.S. general election next year.

This would be considered surprising if one only reads the sports section of the newspapers, spends a lot of time on Facebook, and has a TV on 24/7 in their homes. There are many analysis out there with even more in-depth "deep thinking". But, to move into deep thinking, one has to begin with thinking. Seems even this is becoming a lost art in much of the world.