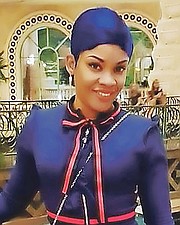 Just hours before a wedding, Sophia Darville, who operates a dressmaking business in the Pinewood Gardens area, had to pack up an unfinished wedding gown and her sewing equipment to relocate to the home of a client with a generator to complete last-minute alterations for a bride.

Sophia, like many business owners, has fallen behind on work that should have been completed weeks ago due to daily load shedding as Bahamas Power & Light (BPL) grapples with its power generation struggles.

As a result, many small business owners like Sophia have been suffering financial losses.

“I have inconvenienced customers who have had a deadline that I wasn’t able to meet because of the power outages. They last anywhere from three hours to four and half hours,” Sophia told Tribune Woman.

“Now, can you imagine getting up to start working at 6am until about 1pm and all of sudden the current goes off and doesn’t come back on until 5pm? Your whole day is killed because your emotions have adjusted, your work ethic is not there, and you don’t have as much drive to go back at it.” 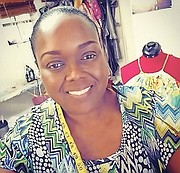 As a consequence of the constant power cuts, she has seen a dip in her business.

Sophia sews for all occasions, including formal and informal events. This is also peak season for her business as the school year is about to start and customers are seeking her services to tailor their kids’ uniforms.

“I have uniforms that I have not even touched yet because of the situation; work that I should have completed I have had to reschedule and to adjust my roster to suit BPL,” she said.

Thankfully, Sophia’s clients have been understanding as they, too, have been inconvenienced by the ongoing load shedding.

“I have been telling my clients to please have a back-up plan because of the situation,” she said.

Meanwhile, an irate Annakay Scully, owner of La True Beauty Hair & Nail Salon located East Street South, told Tribune Woman there is no sense in telling clients to have a back-up plan when they are sitting under the hair dryer, or she is midway way through washing out a relaxer from a client’s hair, and the power suddenly cuts off. The water supply at her salon also requires electricity. 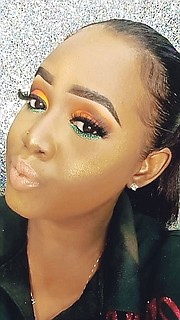 “From BPL started load shedding it has caused me and my staff to lose out a lot,” she said. “I don’t have a generator to help if the current goes off, so sometimes in the middle of blow drying or relaxing someone’s hair the power goes out. This is ridiculous.”

Annakay will also have to replace a hair dryer that was damaged due to the inconsistent power supply. It will cost her anywhere between $300 to $500.

“The nail technician at my salon can’t work like she wants to. I don’t know how much longer of this load shedding I can take,” she said. 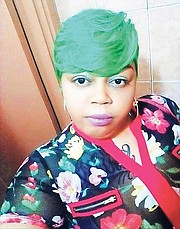 “It is not a great feeling having to turn your clients away, and I have had to do that a lot lately. It is pretty much inconveniencing the client and putting a damper on me being a self-employed person,” she said.

Lisa’s micro-shading service for achieving the perfect eyebrows is a big hit with her clients. However, this service requires electricity to complete.

“On any given day I have maybe five to seven people, and that could be about $500 to $700 I make a day for that particular service. But since the power cuts I probably have only been able to service about two people daily,” she said.

There are times Lisa has had to stop midway through a service. Other times, she was lucky that the power cut off after she just completed a make-up application.

“You can’t apply make-up without power, because if the client starts sweating the make-up will not set and it will not look good,” she said.

Since BPL has been somewhat consistent with time of day load shedding occurs in Marathon, Lisa has found a way to deal with it.

“I try to track the time they cut off because it usually happens in the early morning, like around 11am. What I do is switch around certain services. And if the service requires the use of machine where I need the electricity then I push those further back in the schedule for the evening” she said.

Fortunately for Charminique Coakley, who operates a home-based salon in Garden Hills, BPL’s power cuts have not impacted her business so far.

“It hasn’t affected me too badly because mostly I have been braiding men’s hair and sewing hair in. You don’t necessarily need electricity to do that so I was still able to work.”

However, Charminique said she is still considering purchasing a generator for convenience’s sake.

Dressmaker Sophia said she has no choice but to bite the bullet and purchase a portable generator as a short-term solution.

“As we speak my husband is online trying to locate a generator. We cannot afford one to run the house, but I have to get one to at least run my sewing machine off of,” she said. “This is an inconvenience to our money right now because we have school fees to pay, books and bags to purchase, and we have to dip into that money in order to get the generator.”

In a press statement, he said BPL is doing all it can to fix the problems long-term, and is currently aggressively executing a plan to mitigate the shortfall in generation to ensure relief is provided to residents as soon as possible.