'No Abandonment' Of Joining The Wto 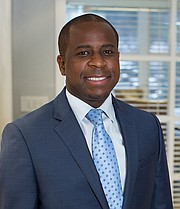 The government was yesterday said to have told private sector executives it has “not abandoned the policy of acceding” to full membership in the World Trade Organisation (WTO).

Darron Pickstock, who heads the Chamber of Commerce’s trade and investment division, told Tribune Business that Elsworth Johnson, the newly-appointed minister with responsibility for overseeing the WTO accession process, had informed the businesses community that the government had temporarily paused to “assess where we are”.

He added that the minister of financial services, trade and industry and Immigration had also confirmed recently to chamber executives that the government was planning to “ramp up” WTO-related education efforts targeted at both the private sector and wider society.

Mr Johnson last month confirmed that the June 2020 accession target for The Bahamas was “purely aspirational”, and not set in stone, and Mr Pickstock yesterday agreed that it would have been “a Herculean task” to meet that timeline given the amount of outstanding preparation work this nation needs to complete.

However, he suggested that The Bahamas should set a new date for concluding the process as leaving it “open ended” threatened a loss of momentum on reforms that were critical to improving this nation’s economic competitiveness regardless of whether it became a full WTO member or not.

Mr Pickstock, indicating that the private sector had received some of the WTO direction it had been seeking, disclosed: “The chamber did meet, along with its executives, with the minister and he reiterated that the government had not abandoned their policy of acceding to the WTO. They are just assessing where we are to decide the way forward.

“He did confirm there’s no abandonment and, while they’re going to be moving ahead, they’re looking to ramp up and do more consultation and public education as to what this means for The Bahamas. There have been a lot of cries from various pockets of society that they don’t know what WTO’s about, and what it means for them.

“My take from the meeting is that there focus is going to be on education, but they have not abandoned the policy to accede to the WTO. Education is important, and I know the previous minister was putting together a plan to do some education on what WTO is about.”

Describing the meeting and its contents as “refreshing”, Mr Pickstock added that the chamber would seek to work with the government on its proposed educational initiatives. He also encouraged Bahamians and individual businesses to equip themselves with knowledge of the WTO and the rules-based trading regimes it oversees.

Brent Symonette, Mr Johnson’s ministerial predecessor, told this newspaper in late 2017 that the Minnis administration had taken a policy decision to complete The Bahamas’ now-18 year bid to become a full WTO member, and was seeking to complete the negotiation process by December 2019.

This would have allowed the country’s accession to be ratified at the next full WTO meeting in June 2020, but Mr Johnson previously told this newspaper that such a timeline may now be impossible to hit.

He indicated that The Bahamas would proceed with the accession process at a “pace” best suited to this country’s needs, but his comments to the Chamber are the first unambiguous confirmation that there has been no policy reversal by the Minnis administration.

Mr Pickstock yesterday conceded that hitting the June 2020 date would be “a Herculean task” given the amount of legal and regulatory reforms, procedural changes, and public and private education that remain outstanding to prepare The Bahamas for the impact of full WTO membership.

“There’s a lot of work to be done, and they would have to keep coming back to the business community with offers and responses to offers, and then go back to the WTO and put out our position,” Mr Pickstock added.

The Bahamas still has to implement numerous legislative reforms, such as overhauling its intellectual property rights regime, plus enacting competition legislation and creating a watchdog to oversee this.

Other changes require perfecting a “rules of origin” regime; implementing sanitary and phytosanitary measures; and creating a National Investment Act to translate existing policy into statute. WTO member states are still reviewing this nation’s legislative and investment regime, and seeking clarification on how they work, before The Bahamas began full negotiations with them.

And, besides its domestic agenda, The Bahamas also has to negotiate which import tariff rates it will lower - and by how much - and which industries will be opened to foreign competition with the WTO working party overseeing talks on its accession.

The Working Party consists of member states who have an interest in trading with The Bahamas. These include the likes of the US, Canada, the European Union (EU), China, the UK, members of CARICOM and, possibly, Latin American nations such as Brazil.

Yet while June 2020 may not be a hard date for completing The Bahamas’ accession, Mr Pickstock warned against leaving an “open ended” process that has left many other nations wondering whether this nation is truly serious about completing an 18-year negotiation.

“I think it’s always good to strive towards something as opposed to leaving it open-ended,” he told Tribune Business. “I don’t have an issue with striving towards a date. If you need to adjust, fine.

“I think that once you are committed to a date that sometimes dictates the pace at which you move. That would be my reasoning for sticking to a date so we can work towards what needs to be done.”

Mr Pickstock also confirmed that Mr Johnson had reassured Chamber members that the Government will continue to push forward with reform efforts to improve the ease, and lower the cost, of doing business in The Bahamas regardless of whether this nation became a full WTO member.

“From the Chamber’s standpoint we support and encourage the push to make the reforms the country needs,” he told Tribune Business. “That becomes so very much important when we’re looking to improve the economy.

About time they realize successive administrations have been completely negligent in being transparent with the private sector and the public at large on this, and the Chamber needs to be aggressive in calling the Govt out. But no wonder as each 5 year election cycle stalls the process and replaces the players negotiating on our behalf. Each administration must throw away all the documents when they leave office, leaving the incoming at a total loss. How stupid they must look going back and asking "what is our country's position please?" Hell of a way to run a country into a brick wall.

DDK you have exceeded the allowed IQ limit for the Bahamas. Officials will be knocking on your door to collect your passport sometime this week.
You have also dared to ask a very illegal question. WHY should the Bahamas join the WTO. Very naughty. Can't you just accept the official answer? "Because it will be good for trade". It will protect our (too numerous to list) exports. LOL.

The government of Red China must be heavily greasing Darron Pickstock and Elsworth Johnson in order to get them to buck the overwhelming public sentiment that the Bahamas should not join the WTO. The biggest two countries in the WTO (the U.S. and Red China) do not themselves play by the WTO rule book, as is the case for many other developed countries. As a consequence many of the smaller member countries are now considering pulling out of this useless organization because it no longer serves their interests to be a member, especially given the humongous costs associated with all the red tape bureaucracy and dispute settlement processes involved in being a member. We can't afford this nonsense....hell, we can't even keep our lights on at night anymore...as a country we are broke thanks in large part to our corrupt and incompetent politicians.

It IS nonsense, BIG nonsense, like most projects on which these so-called politicians and their appointees waste the time and money of The People, instead of properly running the Country. WTO should be disbanded as it serves no real purpose, rather like the U.N.

I bet that fancy swanky expensive new light blue silk tie Pickstock is wearing in the above photo was made in Red China. Probably just a small part of a much more lavish gift package. LMAO