Visas For Haitians Suspended By Govt 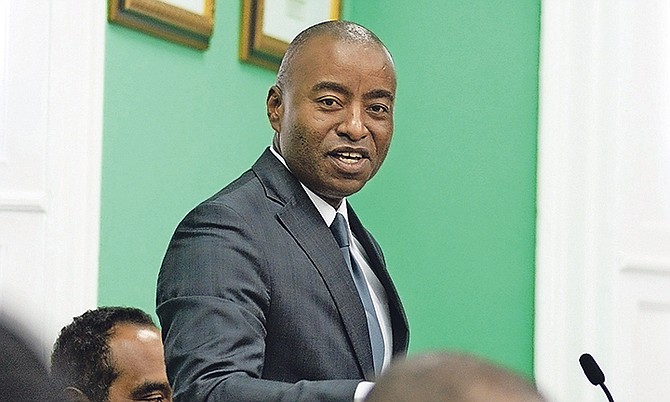 THE Ministry of Foreign Affairs has suspended issuing visas to Haitians until further notice.

In a short statement yesterday, the government said this is due to “current technical and other challenges”, but did not elaborate.

The suspension does not include nationals who are officials, diplomats or holders of a US, UK, Canadian or Schengen visa, the government said.

However, Foreign Affairs Minister Darren Henfield told The Tribune yesterday the suspension of visas is not connected to that. He said his ministry discovered issues on its own after reviewing how visas are issued. He said he hopes the matter can be resolved as quickly as possible. Despite Mr Henfield’s assurance, other high-level government sources said that it did play a part in the decision.

Asked for a reaction to the news, activist Louby Georges said the visa suspension is “very shocking” and “very unfortunate.”

“If they’re saying it’s a technical issue they’ve found, let’s take it like that for the time being I trust Minister Darren,” he said. “I think the’ve been doing a great job in their capacity and duties in my personal opinion. But to single out Haitians, that may be speaking to something deeper. Had they said they are suspending the issuance of visas on the whole because of technical issues in the system, then it would sound a little better but to say you’re doing it to Haitians, then Houston, I think we have a problem.”

Mr Georges said the suspension may affect a large number of people who wish to visit the Bahamas.

Haitian officials arrived in Nassau in July to conduct an investigation into matters at their embassy here. They focused on claims the embassy was involved in getting visas for Haitians and finding fake partners for them to marry to gain status in the Bahamas.

Mr Edmond addressed the matter in a report published on Friday by a newspaper in Haiti, Le Nouvelliste.

He said said the commission of inquiry confirmed the “‘voluntary or involuntary’ involvement of several diplomats in ‘wrongdoing’.”

“The minister notably raised the issue of trafficking of residence visas in the Bahamas, which are issued on the spot through the Ministry of Foreign Affairs to the capital Nassau,” the newspaper reported, quoting the Haitian foreign minister as saying: “Some people have gone directly through diplomats who have used their influence to help them get the visa.”

Mr Edmond bemoaned the stained image of Haiti’s embassy in the Bahamas.

We need a 10 year moratorium on granting citizenship to Haitians as well while we try to clean up this colonization mess.

Agreed! This country is growing a monster that it will only realize until it is too late!

I guess there is no point giving them visas while doctors on strike and they can't have babies. That's all they come here for - to steal our country using the "majority rule" rule.

This wont last. One newspaper article from the QC and the visas will start flowing faster than ever before.

Henfield will make sure 'his people' continue to get the Bahamas visas they want one way or another.