Senseless: ‘Drive Safe’ Then Minutes Later He Was Shot Dead 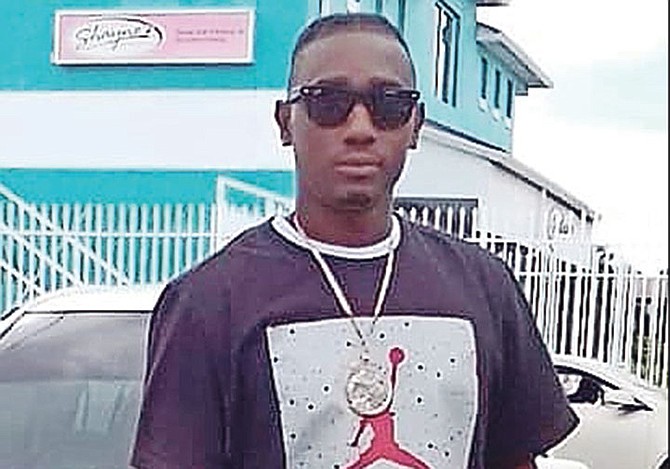 The victim has been identified by relatives as Brian Evans Jr, 29, a father of an 11-year-old.

A CLOSE relative of the man fatally shot on Monday night said yesterday that the family is in shock over his murder and wants justice.

“Everybody is shaken up. His mother, who is not in town, couldn’t get on the first flight. We are shaking. We are upset and we just don’t know or understand why this happened,” said the relative, who did not want to be named, in an interview with The Tribune yesterday.

“Our family is really hurting and it’s a death of no reason. Why would they kill him? He just came to drop off some kids and he end up dead.”

According to police, shortly after 6pm on Monday, two men were at a residence on Dominica Way when they got into an argument. One of the men left, then returned with a gun and shot the other man before escaping, she said.

The victim has been identified by relatives as Brian Evans Jr, 29, a father of an 11-year-old.

Speaking to The Tribune yesterday, a relative said she spoke to Mr Evans shortly before he was killed. Relatives have suggested the killing was a result of a domestic dispute connected to a woman the victim knew.

“Last night, (Evans) picked up my kids and the two lil’ boys that he dropped off by his children’s (relative). I came there and saw him and spoke to him because I asked him where he dropped my children,” the family member said.

Those were the last words she had with Evans, who she described as a happy person always ready to lend a helping hand.

“He was an outgoing, happy person and he liked to help everybody. He was very family oriented. I could’ve called him for anything,” she said.

“If I wanted him to pick up the kids for me because I can’t make it, he would say fine. He has one son. He was an outgoing, happy person because he liked to work. He was close with the family.”

The killing pushed the murder count to 92 for the year, according to The Tribune’s records.