Infidelity In Marriage: The Step That Follows Saying ‘I’M Sorry’ 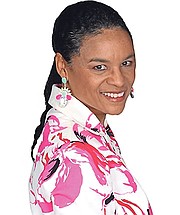 Most people would agree that the average apology has lost its lustre. The “I’m sorry” statement has become more of an “OK, I hear you, but get over it!” reflex. A general remark to put an end to the conversation. There’s really no sense of remorse, repentance, or even the slightest desire to correct the issue. Humility quite often being thought of as a weakness or something that has little value. The pride of the offender, on the other hand, serving as a gaseous balloon that internally puffs one up with a false sense rightness despite the obvious injury the behaviour has caused.

Merriam-Webster defines apology as an admission of error or discourtesy accompanied by an expression of regret. The spirit of a sincere apology comes with remorse and a desire to make things right. Unlike Stan (not his real name), who was caught in an uncompromising situation by his wife, Lottie (not her real name).

Lottie had been working late for several weeks and decided to wrap up her work early to spend time with her husband. She hoped to surprise Stan, which she did. Unfortunately, she was surprised too—and so was the lady who had made herself comfortable in their bed. Stan said he was sorry, and he was. He was sorry that he had gotten caught, but there was no change in his behaviour. This man had no remorse — another word defined by Merriam-Webster as a gnawing distress arising from a sense of guilt for past wrongs.

Lest you think that it is a male thing to be void of decency in marriage, a 2018 article entitled “Who Cheats More? The Demographics of Infidelity in America” by Wendy Wang, revealed enlightening data from a general social survey. The report indicated that 20 percent of men and 13 percent of women surveyed, reported that they’ve had sex with someone other than their spouse while married.

Kimberly’s (name changed) adulterous behaviour was discovered by her husband almost 10 years into their marriage. Instead of recommitting to her marriage, she opted to continue in her extramarital indiscretions with her single friends at the financial and emotional expense of her husband and their children. She did her utmost to destroy the one person who believed in and provided for her. Sadly, Kimberly, like Stan, had a warped moral compass that catered to her feelings rather than her marital vows.

John was caught by his wife in a similar situation, his actions after he was found out were a little different than Stan and Kimberly’s. He realised that he had a problem and was sorry that he hurt his wife; he apologised then went for counselling to get his life together and restore his marriage. The Christian counsellor posed several questions to John with a view of getting to the root of his dilemma.

His wife knew about this particular incident, but not the others he confessed to. He had a problem, the counsellor noted, that ran through his family. His grandfather, father, uncles and brothers all had the same problem. They were chronic philanderers—serial womanisers of the highest order. John thought marriage would cure his promiscuity. Now that his back was against the wall he used this opportunity to get the help he needed to put his life on the right track. He decided that he was not willing to throw away his relationship with his wife or destroy the family they had raised together.

Last year a survey of just under 200 people was taken by Trustify.com which revealed some tell-tale signs that there were weak points in their marriages. According to the survey of persons who admitted to infidelity:

• 22 percent of the women met the person they cheated with in some sort of social setting (bar, party) or had a previous romantic connection to that person

How do you navigate out of this mess?

Firstly, you must be willing to acknowledge that there is a problem. Covering a rotten table with a beautiful cloth does not strengthen the table. A rotten table, like a broken marriage, will eventually crumble if not fortified. Sometimes people willfully do dastardly deeds, others fall prey to them. The challenge is not just doing the deed, rather, the willingness of both parties to participate in the rebuilding of trust and mutual respect for the restoration of the marriage.

This restoration requires remorse and repentance. The act of repentance is to have a change of heart and mind; to turn away from the offence. It’s a step further than just being sorry for how you feel about what you did, rather than being sorry for what you did. Unfortunately, infidelity is prevalent in all levels of society, including the church. God, the designer of marriage and family, does not endorse adultery, but he does endorse wholeness and healthy families—simply because he loves us too much to let us stay the way we are when he has a better option.

So what is it that you are sorry about and now need to take it to the level of repentance? You can turn away from the fault to receive full restoration. God’s arms are open wide to you. If you feel a tug in your heart it’s not one of condemnation but of conviction. It’s time to make that turn to being a willing participant in building a healthy marriage and family.

• Teri M Bethel is a publisher and an author of relationship enrichment books which include: “Before We Say, I Do… and”My Marriage Matters”. She has also published romance and adventure novels, purse making and fabric painting DVDs which seek to entertain, empower and promote healthy lifestyles for adults and children. Additionally, Teri provides a free online directory for local authors to showcase their family-friendly books. She and her husband have two adult sons. Visit her website, www.BooksByBethel.com, or e-mail her at tbethel@booksbybethel.com.