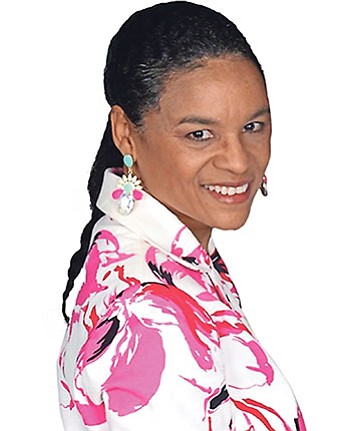 When tragedy strikes you realise how fragile life is, regardless of your age, social standing, or wealth. During these traumatic times our differences can seem so minuscule in comparison to the bigger picture of life. In walking through your challeng

Ready to marry... but is your chosen one ‘wife material’?

With all the chaos in many marriages today, you must wonder if men are giving any thought at all to the essential characteristics of a good wife.

Mothering the next generation

Among the many roles a good mother plays are those of a nurturer, someone who encourages, a disciplinarian and a multi-tasker.

Help! My marriage is childless

The old saying, “Marriage is easy to get into but difficult to get out of” doesn’t seem to have any effect on the speed in which couples enter and exit marriages today. The reasons why people pursue marriage have also changed over the years. Marriage vows have been edited for comfort, deleted when convenient, and often professed with glee then totally ignored when problems come as though tossing them in the tall weeds of life would bury their significance.

War on the homefront: Overcoming strife in your marriage

Anyone can do good for people who are nice to them, but what about a misguided spouse who is emotionally or physically abusive? You know, the kind you want to have a Dathan and Abirum experience. That’s when God told Moses to stand back, ‘He’s got this’—then the earth opened up and swallowed some of the rebellious Israelites in one gulp.

The misplaced emotions of Elizabeth Smith, a young mother of three girls, were stronger for her boyfriend Nicholas White than for her children.

Infidelity in marriage: The step that follows saying ‘I’m sorry’

Most people would agree that the average apology has lost its lustre.

When you are going through a distressing situation in your marriage it’s quite easy to confide in those closest to you. Sometimes it’s a friend, a co-worker or family member; but is that a wise thing do to? Have you considered the character of the person you are confiding in? After all, just because they are a close relation, for example, doesn’t mean they have your best interests at heart.

Is arguing really necessary in a relationship?

As long as two or more people come together in life there will be differences of opinions. Those differences more often than not lead to arguments. But they don’t have to. We act the way we do because of the information we’ve received. Our actions generally shift when there is a change of information.

The Collins Dictionary says that when you say a woman is a lady, you mean that she behaves in a polite, dignified and graceful way. You see, being a lady is much more than having a series of female body parts. Like beauty, it goes deeper than the sur

Is your marriage as stale as old bread?

Have you ever pulled a slice of stale bread from the bag and just could not bring yourself to eat it? That once delicious baker’s delight which used to tantalise your taste buds is no longer appealing. In fact, you are so bored with it, you leave it