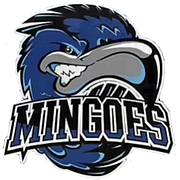 In the opener, the Resistance defeated the Leno Eagles 93-87, while in the feature contest, the Shockers knocked off the University of the Bahamas Mingoes 91-71.

Adam Johnson pumped in 18 points with 14 rebounds and six assists to lead a balanced scoring attack for JD’s Seafood in their big victory.

For the University of the Bahamas, Kemsy Sylvester powered inside for a game high 32 points with 21 rebounds, six steals, four block shots and three steals, but it wasn’t enough.

Romeo Cornish was the Mingoes’ next best scorer with 13 points, five rebounds and two assists.

Starters Ramon Dames had six points, five assists and four steals and Christoff McKenzie helped out with four points in the tough loss.

Antonio Hanna pumped in a game high 27 points in 29:29 minutes with eight rebounds and three assists to lead Caro Contractors to their victory as all five starters scored in double figures.