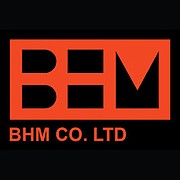 BHM was initially contracted in 2017 to build an airport runway and construct several new roads in the south Caribbean nation, but halted operations following a dispute.

Valued at roughly $16m, the project was financed by the United Kingdom’s Caribbean Infrastructure Partnership Fund (UKCIF), which is administered by the Caribbean Development Bank (CDB).

Lionel Hurst, chief of staff in Antigua’s Office of the Prime Minister, described the project as “long overdue”, telling The Tribune in a recent interview that the redevelopment of roadways were considered “vital” at the time of the contract’s execution.

When asked what triggered BHM’s stoppage, Mr Hurst pointed to a disagreement over the project’s “time of completion.”

“BHM was awarded a contract to complete two major highways here in Antigua: Friar’s Hill Road and Airport Road. When the work got underway, it was determined that the utility company would use the time to put down new pipes for water… fibre optic cables… and instal under ground power lines,” he explained. “As such, BHM said they would need additional time to complete all of their work and asked for an extension to the contract with pay. It was determined that there was still sufficient time left on the deal to complete the work and on budget.”

He added: “They said the utilities took too long, and the government said regardless, there was time remaining to do what needed to be done.”

Mr Hurst said to date, some two years after the deal was agreed to, BHM has “not done very much work” and “taken an inordinately long time.”

“This has been going on for some time now. All they’ve done is dug some troughs for the utility companies to put down their lines and some troughs for water to drain off of the road. That is all,” he added.

Mr Hurst’s comments came in the wake of weeks of scrutiny for BHM in the Antigua press.

Scores of news articles and editorials have analysed BMH’s handling of the project, with some going as far as to slam the company for its failure to complete the job.

A spokesperson for BHM declined comment when contacted by The Tribune, insisting the terms of the contract bar both sides from discussing the deal publicly until a resolution is determined.

BHM has long been linked to now-former Immigration Minister and St Anne’s MP Brent Symonette, as his children’s trust has an investment in the company. In addition to the $20m airport runway contract awarded in June, BHM has also been awarded three contracts — $2.01m, $2.11m and $1.91m — for water improvement projects in Long Island and Crooked Island.

In each scenario, government officials have maintained that BHM was the most qualified company to be considered.

Addressing the award of the runway contract last month, Tourism Minister Dionisio D’Aguilar said the Nassau Development Company invited more companies to bid, but BHM was the only Bahamian one to do so.

Meanwhile, for his part, Works Minister Desmond Bannister said the contracts awarded to BHM on his watch were either the lowest bid or given to the company deemed to be the most qualified to carryout the contract.

According its website, BHM was founded in 1984 by a group of Bahamian businessmen.

Before the regular loose lips come here and talk nonsense, any CPM will tell you that scope creep is what cause Ingraham so much over runs in time and money in the road improvement project!!

Look like BHM should have refrained from venturing into foreign territory!

You know that with our bidding for projects along with our neighbours within our hemisphere for jobs and contracts on these major projects bids are given by participating companies in our sphere of countries which like us can bid on projects projected or anticipated projects upon which all can bid. Our road project was won by the Argentinians and accepted as such. People bitch and complain, only because they don't have the intelligence to comprehend the enormous amount of planning and unexpected quantitative and political problems that will present recounting the beans as to costs and projected completion. So it cost more than originally anticipated, BUT WITHIN OUR REGION THE BAHAMAS CAN BID ALSO ON ANY AND EVERY PROJECT THAT WE CAN LOOK AT AND FEEL CONFIDENT OF FULFILLING TO THE SATISFACTION OF THOSE PAYING for the satisfactory completion of that project .

By the way, BHM is pure Bahamian and is the most competent to satisfactoily take on and complete the job with a guaranteed outcome.