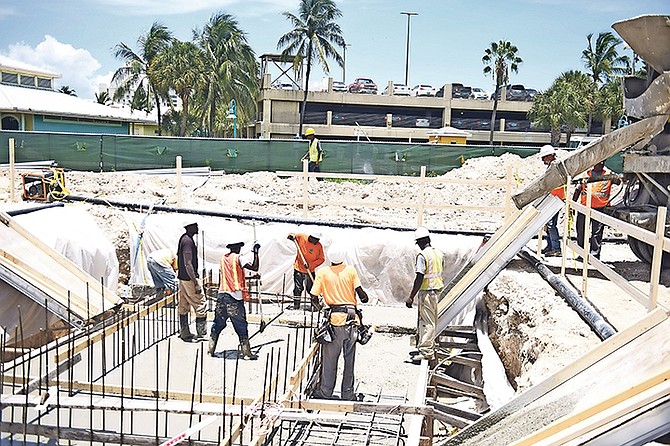 THE “pent up” demand for Paradise Island has been proven after two-thirds of the Hurricane Hole project’s first phase residential units went under contract within the first two weeks.

Patrick Lenihan, director of sales at Waypoint Real Estate, the marketing group working with Sterling Global Financial on its $270m-$280m redevelopment, said: “There is a pent-up demand. I think it’s been proven by the quick response we have seen. This an opportunity that hasn’t been on Paradise Island in a decade, in addition to the expansion of the marina.

“This is a unique community. This is an opportunity to bring that disjointed portion of the community into one place. You will never have to go over the bridge if you don’t want to, and I think it’s going to create a unique atmosphere that doesn’t exist tight now.”

“Right now we have 12 residential units in the first phase, 46 coming in the next phase and the third phase is still to be determined as far as the make-up of it, but likely it will be around anywhere from 130-150 total residences.”

K Peter Turnquest, deputy prime minister, said: “We are certainly very excited the project has reached this stage where they’re putting shovels in the ground, demonstrating to the naysayers the project is going forward and the investment is being realised.

“We are very excited to hear the project is two weeks ahead of schedule. That bodes well for the economic growth we anticipate coming from this project going into 2020, when we expect to have the first phase completed.

“We are pleased that the current workforce of contractors and sub-contractors is around 100 persons, which will ramp up when the project gets going. That is positive news and aids us with our growth agenda and employment statistics.”